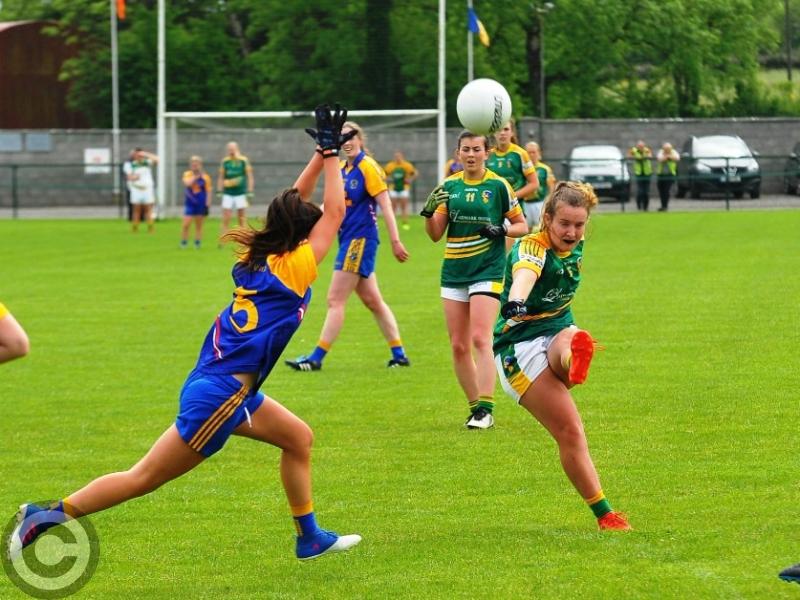 Ailbhe Clancy fires over a point for Leitrim. Photo by Declan Gaffney

The survey was undertaken by Liberty Insurance ahead of the launch of ‘Women in Sport, The Next Chapter’ in Croke Park later today, featuring experts from the world of elite sport, media and business to debate and discuss some of the key challenges facing women’s sport and female athletes.

The survey revealed that Irish men are more likely to watch or attend female sports events than women in both Ireland and the UK. 43% of Irish men have attended or watched a major women’s sports event in the last 12 months, versus 30% of females.

In the UK, 25% of males and 10% of females have attended or watched equivalent sports events.

Older men are the most likely to follow female sport. Over half (57%) of all men over 55 in Ireland have watched or attended a women’s sporting event versus just 30% of females in the same age bracket.

A ‘general lack of interest’ is the most frequently cited reason for the low engagement in women’s sport. 47% of Irish people and 55% of people in the UK cited this as their primary reason for not attending or watching women’s sport.

Other barriers to engagement in Ireland included a lack of knowledge (16%), lack of time (15%), insufficient buzz or excitement (12%), and not growing up with women’s sport (16%).