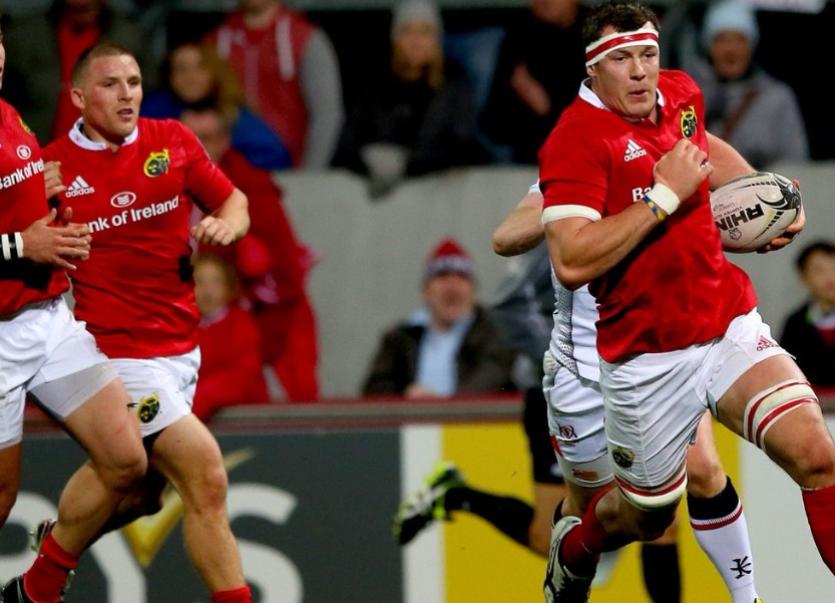 Connacht Rugby and the IRFU are delighted to announce that back row Robin Copeland will join the province at the end of the current season. Copeland has made over 60 appearances for Munster during four seasons with the club and previously played over 50 times with the Cardiff Blues. He will join Connacht on a two year contract.

At international level, Copeland was capped for the Irish Senior International side when he made his debut against Georgia in November 2014. The back row has also represented the Irish Wolfhounds and Emerging Ireland sides.

Welcoming the signing of Robin Copeland, CEO of Connacht Rugby Willie Ruane said: “Robin is a player we have had on our radar for quite a while and we are delighted to have secured his signing ahead of the 2018/19 season. Robin brings incredible athletic ability and rugby experience to our squad and he will be a valuable player for us as we target further success in the season ahead. We are confident that he will be a great addition to Connacht both on and off the field.”

Commenting on his signing for Connacht, Robin Copeland added: “I have really enjoyed my four seasons with Munster and I would really like to thank everyone for my time there. I am now looking forward to the next challenge and an exciting future with Connacht. I have been really impressed with what has been achieved in Connacht and I am determined to be part of further success there. The club is well known for the importance it places on community and I look forward to representing them when I join up with the squad next season.”