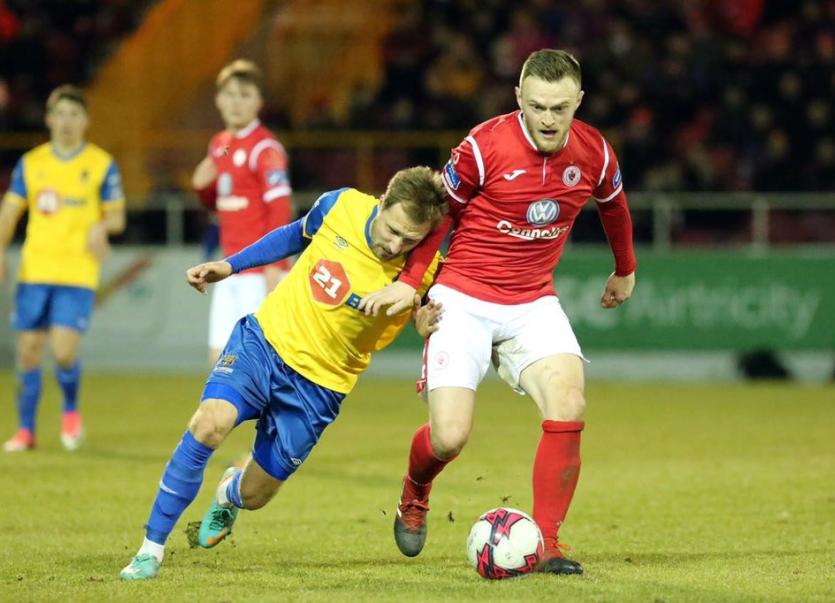 David Cawley has been named as the Sligo Rovers player of the month for March after an online poll on the club's various social media accounts saw the Ballina midfielder pip former Liverpool forward Adam Morgan by just eight votes.

Now in his second spell at the club the tough tackling midfielder has rediscovered his best form and has been instrumental for the Bit O'Red in the opening weeks of the new campaign.

Paying tribute to the midfielder who won a league medal in 2012 with Rovers, manager Gerard Lyttle said, "David has been outstanding and shown what a top player he is. He certainly deserves accolades because his performances all season have been superb."

Lyttle also reserved praise for Morgan who has been in excellent goal scoring form since arriving at The Showgrounds. "We have to get more from an attacking point of view in terms of delivery and players in support of him. We will be without Lewis (Morrisson) for a few weeks but we have a lot of good players waiting to come in."

PREVIEW: The #bitored take on @derrycityfc this Saturday in The Showgrounds.@lyttleirish feels that his side have had a good build-up to what promises to be another close game. ⚪️ #bitoredhttps://t.co/t81RUDC50Q pic.twitter.com/sHDnOwEyGG

Turning his attention to tomorrow evening's visit of Derry City to The Showgrounds Lyttle revealed, "This is a great test against Derry, we have a good record against them. We want to make it difficult like we did in the first game and attack them.

"Derry took their chances against St Pat's last week and I'm sure St Pat's were disappointed because they had a lot of the play and were the better team. It shows the fine margins and teams that take their opportunities will win games."

Kick-off is 7:45pm in The Showgrounds. Tickets on our club website and at turnstiles pic.twitter.com/7rLcQps8Xm