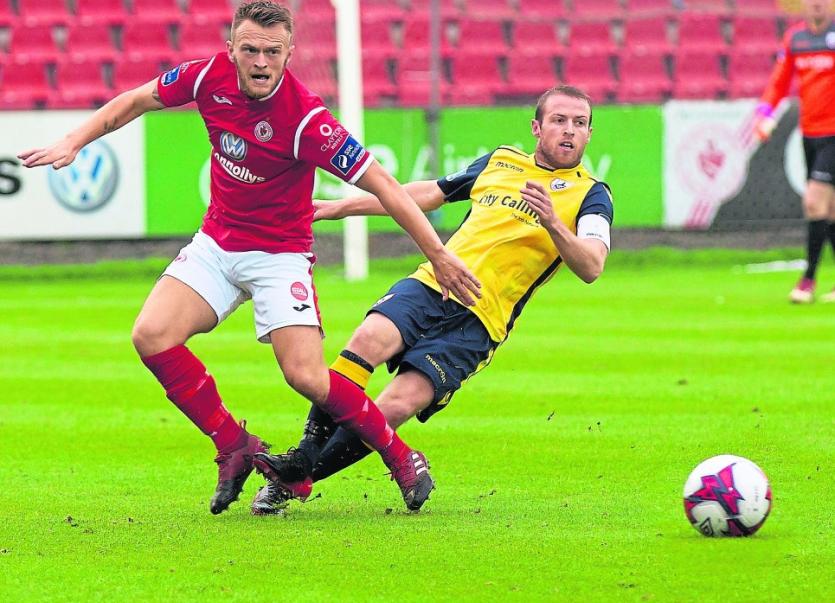 David Cawley in action for Sligo Rovers in the FAI Cup last weekend against Longfford Town. The midfielder is suspended for tonight's game against Limerick.

After a demoralising couple of weeks that saw Sligo Rovers crash out of the EA Sports Cup following a 1-0 defeat at the hands of Derry City and then a 1-0 defeat in the Daily Mail FAI Cup at the hands of Longford Town, the Bit O'Red are back in SSE Airtricity League Premier Division action this evening when they make the journey to face Limerick in the Markets Field.

Last weekend's shock defeat resulted in the Sligo Rovers players making the unusual decision to return a portion of their wages as a token of their frustration and disappointment at last weekend's result and performance.

Sligo Rovers currently lie in eight position in the league table, one place and five points above tonight's opponents and will know that a win would significantly ease the fear of relegation. The team that finishes bottom (tenth) of the table will be automatically relegated while the team that finishes the season in ninth position will face a promotion/relegation/play-off.

The Bit O'Red will be without midfield talisman David Cawley and club captain Kyle Callan-McFadden for the trip to Limerick due to suspension while Caolan McAleer has been ruled out due to injury.

On their previous visit to the Markets Field Rovers emerged victorious with Rhys McCabe scoring a stunning free-kick from inside his own half.