No separating Manor Rangers and Strand Celtic in Super League 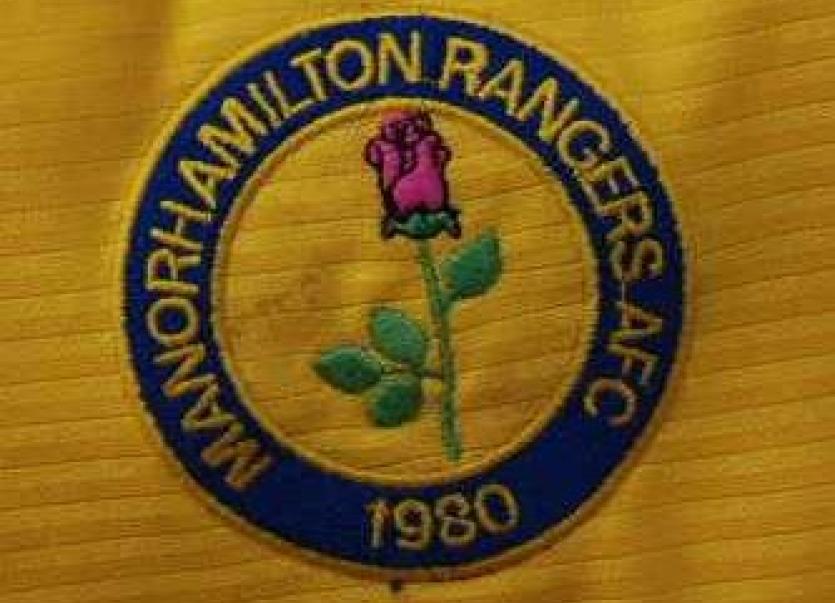 Strand Celtic welcomed Manorhamilton Rangers to Strandhill in the Sligo Southern Hotel Super League on Sunday morning and the visitors were quick off the mark. Six minutes into the game and a great bit of skill between Seamus Ryder and Paul Logan saw the latter rifle home a screamer of a goal for Manor.

Manor Rangers held the lead until twenty minutes from time when Aaron O'Boyle stepped up and slotted home a well-deserved equaliser for Strand Celtic. It was now nip and tuck with both sides in open attack mode and two minutes from time Daniel Gray broke through the Manor Defence and looked certain to score but his effort was brilliantly saved by Manor netminder Paul Scanlon and in the end both sides shared the points following a great game of football.

North Sligo Kingpins Cliffoney Celtic move ever closer to the league leaders in the Andrew Mullen Sligo Pallets Premier league but it took a herculean effort to overcome a resilient Gurteen Celtic.

The first half saw the home side Gurteen Celtic in charge with a fine team performance and a water tight defence that kept the game scoreless at the break. Cliffoney Celtic continued to attack and were rewarded on sixty minutes when Niall Sheerin was on Song to crack home a glorious goal that in the end proved decisive. This was a tremendous result for Cliffoney Celtic who will not meet many stiffer challenges than they had today. Gurteen Celtic are rapidly improving and can, with a full squad, become a major force.

There was a massive game in Riverstown where the pupils gave the masters a lesson in a high scoring game. Arrow Harps lead at the break by the odd goal in three with a goal each from Declan Benson and Daniel Willis while Enda Foley netted for the Riverstown Masters.

The second half saw an own goal from Niall Mc Dermott push the pupils ahead and then a goal each from Ciaran Kilfeather and Liam Touhy insured that the bragging rights stay at the moment with the pupils while the Masters will have to do a small bit of revision.

Cartron Utd continue their dominance with a three-goal victory at home in the Ray Mac Sharry Park to a very strong Tireragh side. Cartron opened their account on twenty minutes when Ryan Lynch fired home.

Despite being reduced to 10 men, Carton struck for another goal when Colin Feehily was on hand to whip home goal number two. Tireragh continued to attack but the Cartron rear guard were in sublime form and seventeen minutes from time Dylan Monaghan netted the third goal for Carton that keep them flying high and still unbeaten.

St Johns continue their winning ways this time accounting for visitors Real Tubber by three goals to one. Keith Lynch started the ball rolling from the penalty spot to give St Johns the lead which was short lived as Fabio Cretaro levelled matters for Real Tubber that left it all square at the break.

The second half seen St Johns move up through the gears and the Man of The Match Conor Brennan hitting two superb goals that wrapped up the points for a jubilant St Johns.

Chaffpool United welcome the Young Guns of Benbulben FC to Bunninadden the first half remained scoreless but it was the Pool who were the more clinical in the second half. Conor Prendergast netting twice and Niall Connolly adding a third that insured the Pool took all three points in a great game of football that was a credit to both teams.

MCR FC move into second spot on the leader board in The Sligo Southern Hotel Super League. They journeyed to Ballinafad where the powerful Aughanagh Celtic lay in wait and what a game we had with ten goals in all. MCR started at a blistering pace hitting five goals in the first half thanks mainly to man with the nose for goals Ryan Mc Manus who bagged four goals. While Junior International Keith Nibbs added the fifth. Dermot Beggan scored the only goal of the first half for Aughanagh Celtic.

The second half appeared a formality but Aughanagh Celtic had other ideas Dermot Beggan netting his second goal and the home side tails were up. Marcus Guckian added two more and it was game on. But MCR have a steel about this season and latest signing Mamood Mansaray scored a brilliant goal on his debut that in the end seen MCR over the line and ever closer to the league leaders.

Carbury FC are the league leaders and they hosted Merville United. Despite the 8-2 final score in favour of Carbury, this was a tight affair. Carbury were leading by three goals to two courtesy of two goals from Gareth Kelly and a third from Ibrahim Savage. While Merville scored through Malachy Spratt and Ryan Hargadon.

Merville were well in contention until the 57th minute when Malachy Spratt was red carded by Ritchie Barry.

This completely changed the dynamic of the game and Carbury exploited their advantage to the full with Gareth Kelly adding two more goals to bring his tally to four. Ibrahim Savage added his second goal while brothers Niall and Gerry Brennan each added a goal that seen Carbury eventually run out easy winners.

Glenview Stars were at home on Forthill to visitors Ballisodare United league form left both sides fairly evenly matched but then its all about on the day. Dylan Martin put Stars ahead with Anthony Johnston adding a second goal and Clive Brennan scoring twice while Stephen Fallon and Andrew Patton each scored once for Ballisodare United to leave the score four goals to two at the break in favour of Stars.

Seventy minutes into the second half and referee Owen McLoughlin dismissed Ballisodare United striker Andrew Patton for dissent. This was bad enough but five minutes later and Ballisodare were down to nine men when the Red Mist came over Gary Cavanagh and he got his marching orders for foul and abusive language. Stars were now in charge Clive Brennan completing his hat trick while Dylan Martin and Anthony Johnston each added another goal. Ballisodare scored once more a screamer of a free kick from Kevin Kelly.

John invites all League managers who feel they have player(s) for the representative team to please contact him with the name(s) of player(s) and the position they play in. Again, all players welcome to attend Squad Training but please confirm same with Manager John Loftus.