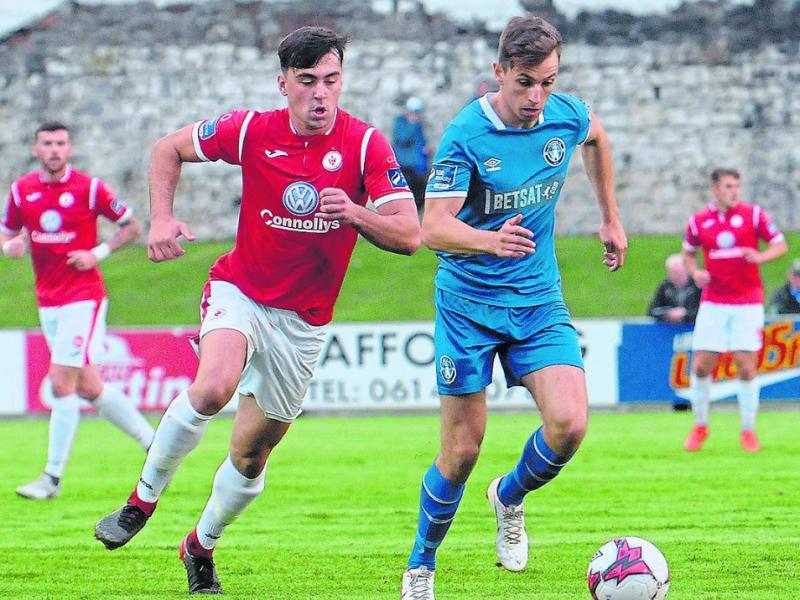 Sligo Rovers centre-back John Mahon has this afternoon been named by manager Stephen Kenny in the Republic of Ireland U21 squad for a training camp in February.

Mahon, who graduated to the Sligo Rovers first team from the club's youth teams previously played with Ballisodare United and was one of the star performers for the Bit O'Red last year as they endured a turbulent campaign.

John Mahon included in the Republic of Ireland Under-21 LOI based squad. They play the Irish amateur team on Wednesday 6 February pic.twitter.com/ZupKXN1DkD

Mahon signed his first professional contract in 2017 and last June signed a two year deal on the back of some excellent performances.

After committing to the Bit O'Red last summer Mahon said: "I want to do the best I can for the club. It means a lot to me to play for my local club and play in the league. The step up from Under-19 is that it’s much quicker and sharper but I can handle the physicality. In training I work hard to get better and keep improving. I know I’m young but I want to keep progressing and progressing."

The impressive form shown by Mahon last season obviously caught the eye of then Dundalk manager who is now the Ireland U21 manager.

The majority of the U-21 training camp squad has been selected from the SSE Airtricity League with two players selected from the Northern Irish Premiership in Crusaders striker Ronan Hale and Linfield striker Michael O'Connor.

All of the players are eligible for the upcoming UEFA U-21 European Championships campaign, which starts in March against Luxembourg at Tallaght Stadium.

The training squad will take on the Ireland Amateur team in a friendly game at Whitehall Stadium on Wednesday, February 6 at 7.45pm.

Included in the Ireland amateur squad is Niall Brennan who currently plays for Sligo side Carbury having previously played with Boyle Celtic. Shane Ryan and Jimmy Carr from Tipperary side St Michael's who both impressed in their side's FAI Junior Cup victory over Manor Rangers last December have also been included in the amateur squad.

The club would like to congratulate Niall Brennan on his selection for the Ireland Amateur squad for the upcoming match vs Stephen Kenny's U21 team. It's well deserved for all the hard work put in this season. ⚽⚽⚽☘☘☘ pic.twitter.com/ePEasOVP80

Kenny has also named his backroom team for the upcoming campaign. Keith Andrews, former Ireland international who is part of the current FAI UEFA Pro Licence course, will become assistant coach alongside Jim Crawford, who leaves his role as Ireland Under-18 Head Coach. Former League of Ireland winner Dan Connor will continue his role of goalkeeping coach with the U-21s.

Damien Doyle will join as the Strength and Conditioning Coach, Gary Seery comes in as Performance Analyst with the medical staff being Ronan Kearney, Team Doctor, and Kevin Mulholland, physiotherapist.

Kenny has also announced that the U-21s will take part in the 2019 Toulon Tournament. Ireland have previously competed in the tournament six times and will travel to France in June.