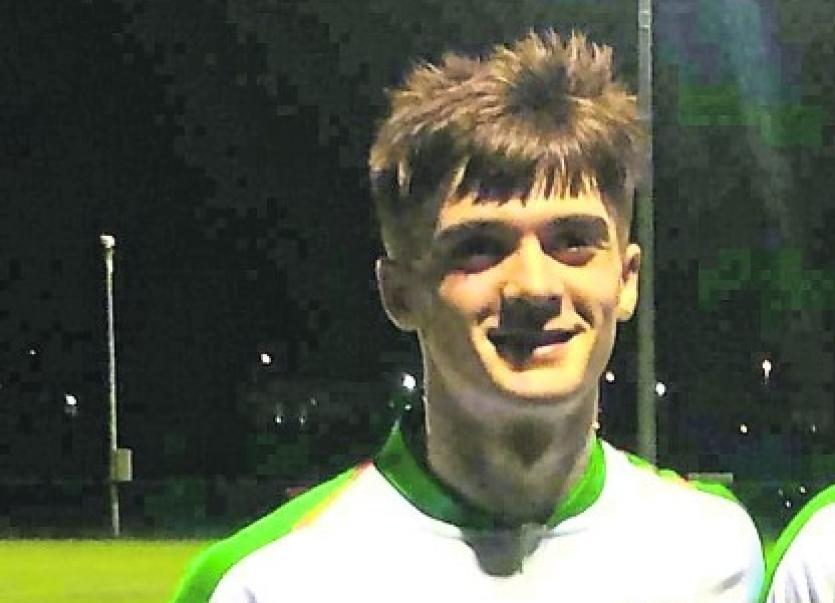 Niall Morahan made his Ireland U19 debut this morning

Leitrim's Niall Morahan made his debut for the Ireland U19s this morning when he was introduced as a substitute in the elite qualifying round 3-1 victory over Azerbijan.

Goals from Tyreik Wright, Jason Knight and captain Jonathan Afolabi proved enough for Tom Mohan’s side, as the team moved one step closer to this July’s Finals Tournament in Armenia.

Mohan’s side had the chance to double the lead after the break, but Will Smallbone’s penalty hit the crossbar. Ireland did though double their lead on the hour mark, when Knight’s shot beat Azerbaijani goalkeeper Nijat Mehbaliyev.

The three points were assured in the final five-minutes when Afolabi took advantage of some slack defending to cooly slot the ball home.

Speaking after the match, Head Coach Mohan was impressed with his side’s grit throughout the game.

“It was a different game to the win against Romania. Azerbaijan were very difficult to break down. We have seven Under-18s and one Under-17 player in the squad today. For such young players, they showed great composure”, Mohan said.

“Russia are our next opponents. The focus is now on them getting recovered and re-energised. It was a tough, hard, bruising encounter today. The lads showed a lot of character.”

Ireland conclude their campaign on Tuesday afternoon against Russia, knowing a draw may be enough to qualify for Armenia in July.

Niall Morahan came on this morning for @FAIreland in their 3-1 win against Azerbaijan.

Congratulations to Niall Morahan who this morning became the first men’s player from Leitrim to play for his country. https://t.co/VzQEOKgiO1

Another win for the #IRLU19 3-1 and another @sligorovers underage player now with the first team Niall Morahan making his International debut coming on against Azerbaijan this morning in the #U19Euro Elite. Well done Niall @oceanfmsport @FAIreland @BitORedTrust @bit_red pic.twitter.com/Xet31a6XuY