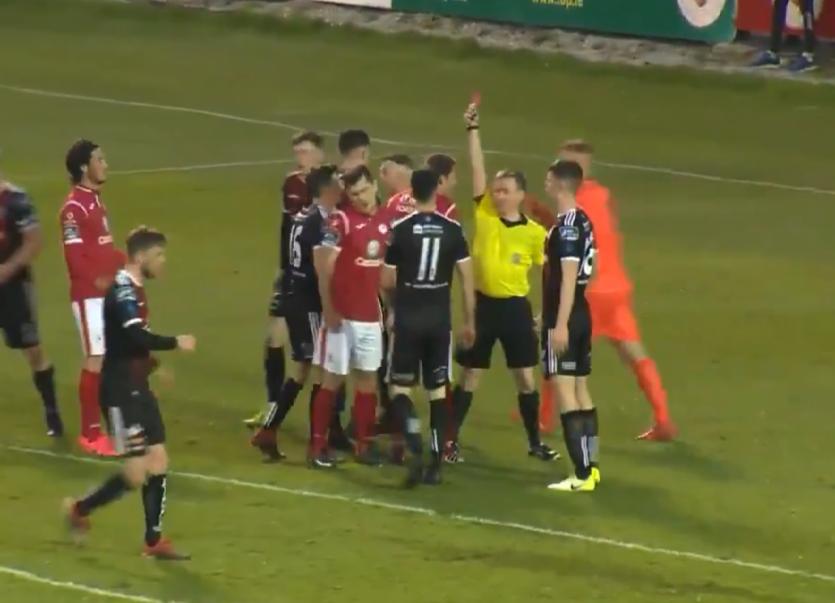 Sligo Rovers forward Ronan Murray will serve a four match it has been announced, as a result of the red card he received last Saturday against Bohemian FC in The Showgrounds.

An overhead kick from James Finnerty that crept in set @bfcdublin on their way to victory over @sligorovers - watch the goals here #rtesoccer pic.twitter.com/s6gxzlGazV

The forward who arrived at the club prior to the start of the 2019 SSE Airtricity League premier division season from Dundalk was dismissed before half-time in last weekend's encounter that saw the Bit O'Red slump to a 2-0 loss.

Murray's frustration got the better of him when he was penalised for diving when he felt he should have been awarded a free kick. In the heat of the moment Murray threw the ball in the direction of referee Derek Tomney.

That proved costly for Rovers, who had arguably been the better of the sides up to that point with Bohs securing victory in the second half with goals from James Finnerty and Dinny Corcoran.