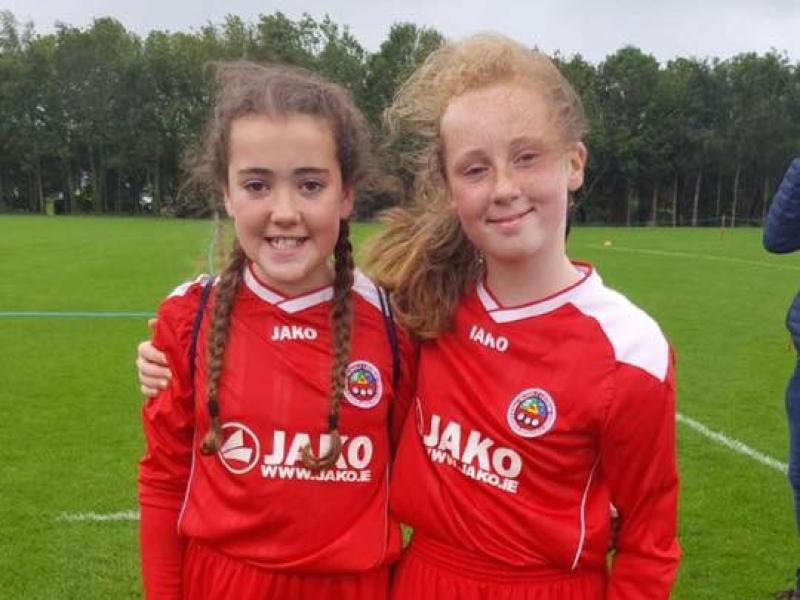 Lauren Devaney and Aine McLaughlin were celebrating on the double on Monday when they triumphed in two finals, in two different sports, in two separate provinces within hours of each other.

The girls were selected to represent Sligo/Leitrim in the Fota Island Resort Gaynor Tournament which was played in University Limerick over the bank holiday weekend. Sligo/Leitrim topped their group which also featured Galway (1-0 win), north Tipperary (2-0) and Inishowen (1-0) with a 100% record.

Lauren and Aine were back in action later on Monday evening when they lined out for Glencar/Manorhamilton in the U-14 Leitrim Ladies final when they defeated St Mary's.

See tomorrow's Leitrim Observer for a match report and pictures from Glencar/Manorhamilton's victory over St Mary's.

The Gaynor Tournament final was streamed live on the FAI Women's Facebook page.