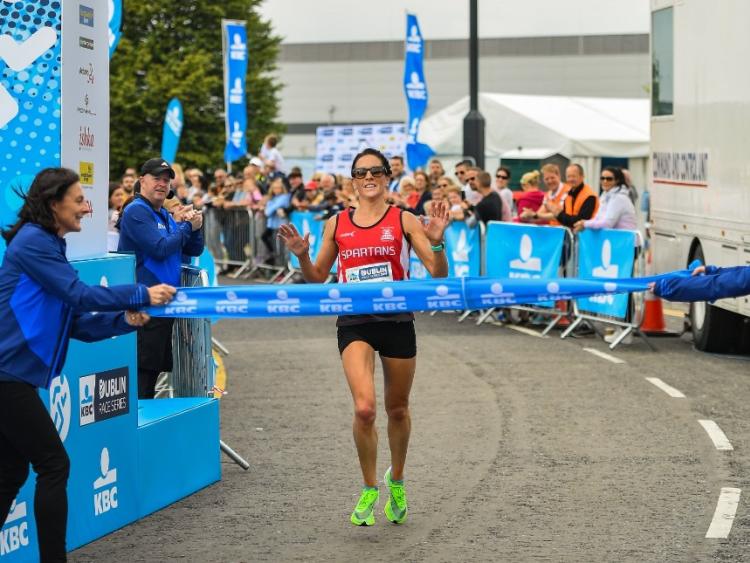 Olympian Breege Connolly was the first across the line in the women’s field of the South Dublin 10K with a time of 35:19 on Sunday July 21, to open up the KBC Race Series. Connelly was followed by previous Dublin Marathon national titleholder Laura Graham who ran 35:40. Scotland’s Gemma Rankin was third in 35:46.

Connolly said: “I am delighted with the win. Laura led the race for the first 5km, and then I pushed on from there to the finish line.” She added: “I plan to run the 10 mile, and I hope to toe the line for the Dublin Marathon in October.”

In the men’s field, Olympian Paul Pollock set a new KBC Race Series Record to win the South Dublin 10K with a time of 29:28. This time improved on Mick Clohisey’s Race Series Record of 29:44 which he ran in 2015 at the Fingal 10k. Clohisey, the reigning national marathon champion matched that time today to finish second with Hiko Tanosa third in 30:03. Mark Kenneally was fourth in 30:30.  All three Olympic Marathon runners; Pollock, Clohisey and Keneally are committing to racing in the KBC Dublin Marathon on Sunday 27 October.

Over 3,500 competitors ran, with the start and finish at Grange Castle Business Park in Clondalkin, Co. Dublin and took in Corkagh Park and the Grand Canal Walkway.

Our Top 3 Women at the #KBCSouthDublin10k ‍♀️