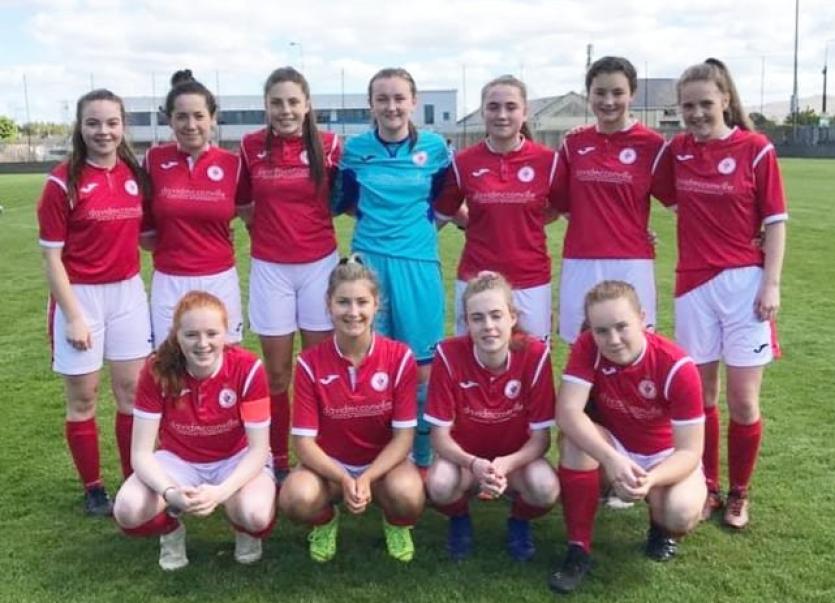 The Sligo Rovers Women’s Under 17 team are on the look-out for a new head-coach, after it was confirmed that Darragh Healy will not be staying on for 2020.

The Bit O’Red girls enjoyed a fantastic year under the Ballisodare man and his team of Jason Quinn, Martin McManus, Hugh Cunningham and Yvette Edwards.

Reaching the semi-finals of both the cup and the league, the Rovers girls were impressive throughout their second season in the Só Hotels Under 17 Women’s National League. There was also a number of international call-ups.

The committee are seeking applications for the role of head-coach.

The position of Under-17 Women’s Head Coach is key to the ongoing development of our elite underage players and will play a significant role in their development. The position will be on a voluntary basis. The role will provide valuable experience for the successful candidate of working with an elite group of players.

Kate O’Dowd bagged the goal of the week for the #bitored with this stunning free-kick against Galway for our Women's Under-17 side in their 3-2 win.

Job Description
- Help club achieve its vision to ‘Build a brand that is associated with excellence on and off the pitch for women’s football, to be considered as an example of excellence and best practice, and one of the major developer of players within the country at underage, and eventually senior level’.

- To assemble squad through talent identification, including holding trials, for the beginning of the FAI Women’s U17 season in March 2020.

- The development and nurturing of a pool of elite players to facilitate their current and future success as individuals and as a team.

- Organise, plan and deliver a suitable player development programme in line with the FAI and Sligo Rovers coaching syllabus.

- Uphold the clubs code of conduct and implement club’s vision on and off the pitch.

- Set high standards for the players both on and off the pitch.

- To work with the media in any area regarding Sligo Rovers FC.

Muireann Devaney and Kate O’Dowd have been named in the Republic of Ireland Women’s U17 squad for UEFA Women’s Under-17 Championship Qualifying Round in Lithuania.

They face Albania on Tuesday, Lithuania on Friday and Greece on Sept 16th.@mcconvilleortho pic.twitter.com/pxuBinHFYR

Job Specification:
The ideal candidate will have skills and experience in the following areas:

- A current valid UEFA B Licence holder as a minimum.

- Successful candidate will be subjected to garda vetting clearance.

- An ability to produce verbal and written reports.

- Long-term commitment to working within a multi-disciplinary team.

- Experience and enthusiasm for coaching and mentoring elite young players and coaches.

- Has the leadership ability to inspire a team to play to their maximum potential.

- Ability to communicate and implement club’s philosophy as head coach.

- Empathy with young players with an ability to inspire.

- Understanding of learning, development and high performance with a proven ability to create optimum and challenging learning environments for players.

- Strong existing relationships within the Women’s football in North-West.

- Must be available for games / training at weekends and evenings.

To apply for this position please email your CV with a cover letter to Jane Nugent, Secretary, Women’s Football Committee, Sligo Rovers FC at sligoroverswomen@gmail.com by 5pm on Thursday, 5th December 2019.