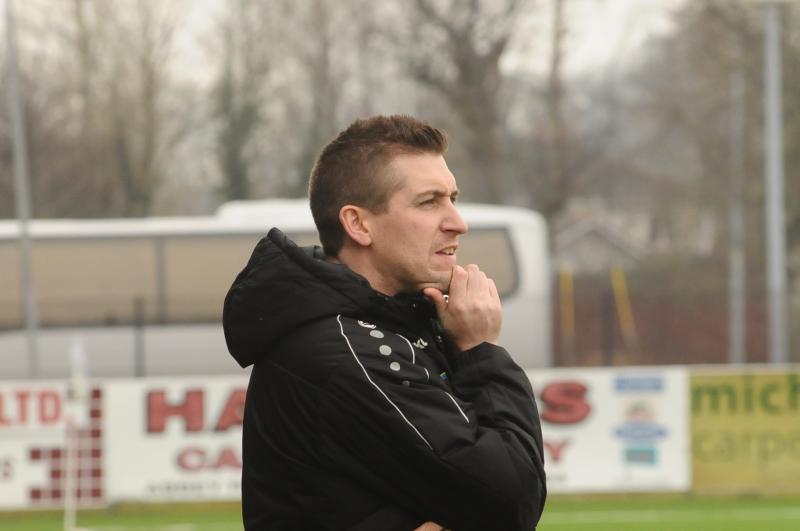 Having played his part in an historic win for Manorhamilton Rangers Anthony McDonald was overjoyed to have advanced to the next round of the Connacht Cup but he quickly turned his attention to the next challenge that will see him don his managerial hat as St Clare's go for Connacht glory against Mayo's Balla Secondary School.

Elaborating on Sunday's win over Renmore Anthony insisted the belief within the team was crucial to their ultimate success.

“When you go into games like this against top sides, if you get out with a result , that is what you aim for. Especially against a team like that, they are a top team but then again we are a top team as well.
For ourselves we had to make sure we had to make sure we believed that. If you believe that you are and you work hard you can play and compete against any of the top teams out there.”

Manor Rangers are enjoying a rich vein of form at the moment having ended Carbury's three year unbeaten league record a week earlier with Anthony insisting it is vital Manor build on these impressive results.

“Going into every year the aim is to beat Carbury. They hadn't lost a game in three years in the league but we have pushed them. We have been very unlucky not to get the result and I think it was due.

“We beat them in the cup two years back so a league win was on the cards. It is a long time coming but it is up to us to push forward and keep working hard.”

Turning his attention to today's meeting with Balla in the FAI Schools Junior ‘B’ Boys Connacht Cup Final which takes place in Athlone today (Wednesday), Anthony said: “In terms of the school team it is a completely different thing.

“When you are playing on the pitch you are focusing more on yourself and working hard for yourself. When you are standing on the sideline it’s a different ball game but it is great to see the youth coming through in the town.”

Anthony has been with these young players when they experienced painful defeats and having played in his share of finals as well, he has some wise words for his players ahead of the provincial decider.

In the school I have had a lot of these players playing in an All-Ireland final when they were in first year and were very unlucky to lose to Dublin Oak Academy and like today, it was a penalty shootout. It is an awful way for kids to go out.

Reflecting on last week's win over Coola, Anthony said: “The most important thing was the 1-11 and the subs that came on was the work rate. They did that to us two years ago; we played all the football and they won the game. It’s sometimes down to that bit of grit and attitude and to be fair to the lads, although we didn’t play outstandingly well, their attitude and effort was top class throughout.”

Looking ahead to the final, Anthony knows only too well how difficult it will be and is hoping for a team performance, backboned by hard work.

“The workrate has to be the same again if not more because finals aren’t pretty. I’ve played in loads of finals in gaelic football and soccer and generally speaking it is not a day for the flash stuff, it’s about winning. At the end of the day if you win a game 1-0 playing defensively or playing poorly, no one remembers what happens.

“ I said to the boys, forget about the Coola game, it’s done, that’s our bogey team gone but now if we go into the final with the wrong attitude they will turn us over, like we did to Coola.”