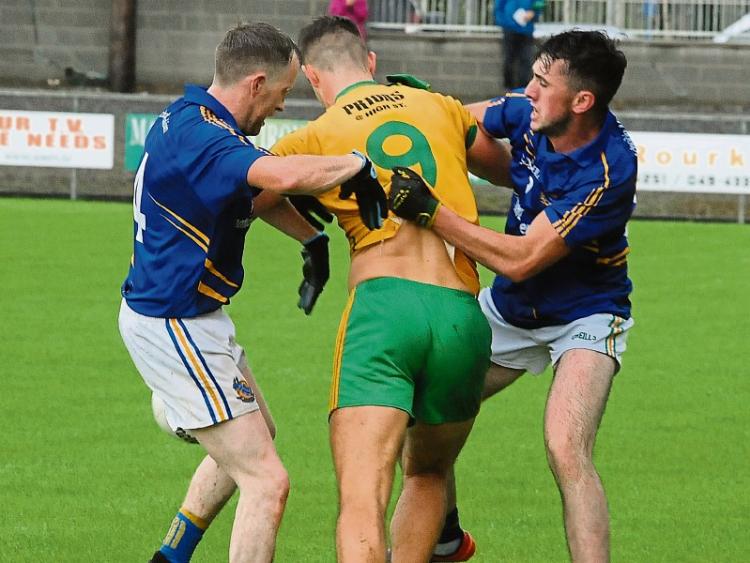 On paper, this looks almost straight forward for Aughawillan, at home against a struggling St Mary’s Kiltoghert. But in a championship, you never know what might happen.

The Willies won’t be pleased with the way Ballinamore grabbed control of the game in the final ten minutes last Saturday, that is normally their territory but they may have greater worries about who they might have playing next weekend with Rory McTague going off with what looked like a hamstring twinge.

Added to the absence of Mark Plunkett, Aughawillan could be vulnerable and they will want Ciaran Gilheany back as soon as possible. They will look to make this game as tough as possible for a St Mary’s team coming in under a cloud.

The Carrick men were a goal behind against Mohill when Jordan Reynolds netted and they simply collapsed after that. They missed enough chances against Fenagh St Caillin’s that they might have stolen a result so there is something there.

But the town team are under a cloud with reports that manager Denis Connerton has left. They are a coming team but this game, against a seasoned and battle hardened Aughawillan just looks like a bridge too far for them.

Fenagh St Caillin’s will be flying high after their victory over St Mary’s in the first round while Mohill got back on track with a good win over St Mary’s. This is a derby match as well and while there mightn’t be that much history between the teams recently at senior level, these teams did meet a lot at underage level.

Fenagh will look to improve their shot conversion from what they displayed against Carrick but the big question is how are they going to stop Keith Beirne and how will they break Mohill’s mobile defensive cover to get enough ball to their own deadly strikers Ryan & Riordan O’Rourke and Oisin McLoughlin.

This will be a good test for Fenagh to see where they stand but you feel that Mohill’s strength in depth, experience and ability should be enough to see them get through a tight encounter.

A win here for Melvin Gaels would almost certainly guarantee them a place in the quarter-finals, they are nearly there already after beating Allen Gaels last weekend but they would be wise not to underestimate Drumreilly, especially in Carrickmakeegan.

Drumreilly were blasted off the field early on against Glencar/Manor but dug in and fought their way back against the reigning champions, never allowing them to quite get away or relax. Despite carrying a few injuries, Drumreilly know how to battle and they battle to death.

Drumreilly need a victory to keep ahead of Allen Gaels and they will be going all out here. This one could go down to the wire, Melvin Gaels on paper look the better team but never underestimate Drumreilly - this has all the ingredients of a draw.

Allen Gaels have put up two battling displays against Glencar/Manorhamilton and Melvin Gaels and are desperately unlucky not to have anything to show for it but a tendency to drift out of games at crucial times has cost them dearly.

Against Melvin Gaels, it was the first half, against Manor it came in the second but if they can produce a solid 60 minutes, they will test their up-and-coming neighbours far more than people might expect.

However, Leitrim Gaels are on a high - they’ve had a week to come down and get ready for this game while the Drumshanbo men will be feeling the effects of three weekends on the go.

With their physical power, mobility and enthusiasm, Leitrim Gaels to win.