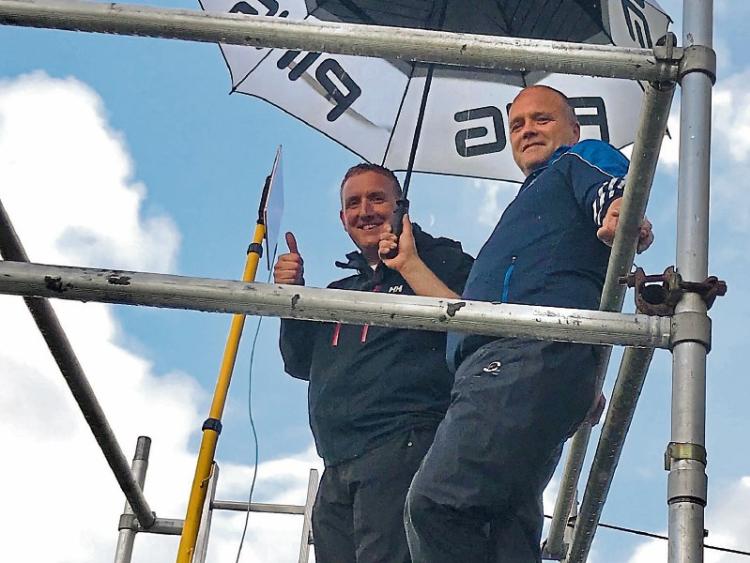 St Mary's hopes of surviving in the Connacht Gold Senior Championship took a major blow last Saturday following their demoralising loss to a Mohill team who turned on the style in the second half.

With rumours circulating on social media that St Mary's manager Denis Connerton had walked from the job after this 13 point defeat, it leaves the Carrick men under a real cloud in the so-called Group of Death.

There were reports that Connerton had resigned but with meetings with players and club officials still ongoing, it has not been officially confirmed if the former Longford Senior manager will be on the sideline against Aughawillan next Saturday.

On this form, St Mary's would be considered to be prime candidates for the drop to the intermediate ranks for the first time since the early 1990s unless they show a dramatic reversal of form over the coming games.

Strangely, St Mary's were well in contention just after halftime as they closed an early Mohill five point lead back to a goal but once Mohill got their second goal, they never looked back and St Mary's only managed one point during the second half.

For Mohill, Domhnaill Flynn, Keith Keegan (who was controversially sent off), Jordan Reynolds and Eanna Madden impressed but Keith Beirne was again the main man, a (constant threat with impressive long range shots.

David O’Connell had a good first half for St Mary's while Sean Reynolds made his first Senior start in goals and was steady throughout. James Glancy, Nicholas Mc Weeney and Daire Farrell all worked very hard.

Mohill got off to a blistering start with Shane Quinn pointing after just 40 seconds. Eanna Madden added a second and a shell shocked St Mary’s were soon 1-2 down as Jordan Reynolds blasted the ball to the net less than three minutes.

The superb Keith Beirne then hit two in a row, one from a 45, the second from play but David O’Connell, in his first start this year, scored a fabulous kick from the outside of his right boot from just inside the 50 yard line for St Mary’s third point.

Jordan Reynolds claimed a score from a mark 16 minutes in and Keith Keegan followed up with another as Mohill now led by six points.

St Mary’s started to make some headway with Ray Mulvey & Paul Keaney, from a free after a foul on Cian Singleton, cutting the gap. Keith Beirne replied for Mohill from play while Keith Keegan earned a yellow card. The half ended with a foul on Bohan, Alan Doherty converting to leave Mohill with a 1-7 to 0-6 lead.

It looked as if spectators would get a contest in the second half when Paul Keaney converted a free after a foul on David O’Connell in the first minute but Mohill ruthlessly and impressively killed off the game in the next ten minutes.

Five minutes into the second half, Evan Harkin scored a goal and three left footed points from Keith Beirne, one from a free, killed the game stone dead as Mohill now led by nine points.

Mohill, however, were dealt a blow when Keith Keegan was handed a straight red card by referee Michael McGirl for a foul on Daire Farrell midway through the half. But a demoralised St Mary’s were unable to do anything about it as they failed to score for the rest of the half.

Keaney put a free wide with Beirne adding two more to his tally while Jordan Reynolds and Eanna Madden were on target to finish the scoring.