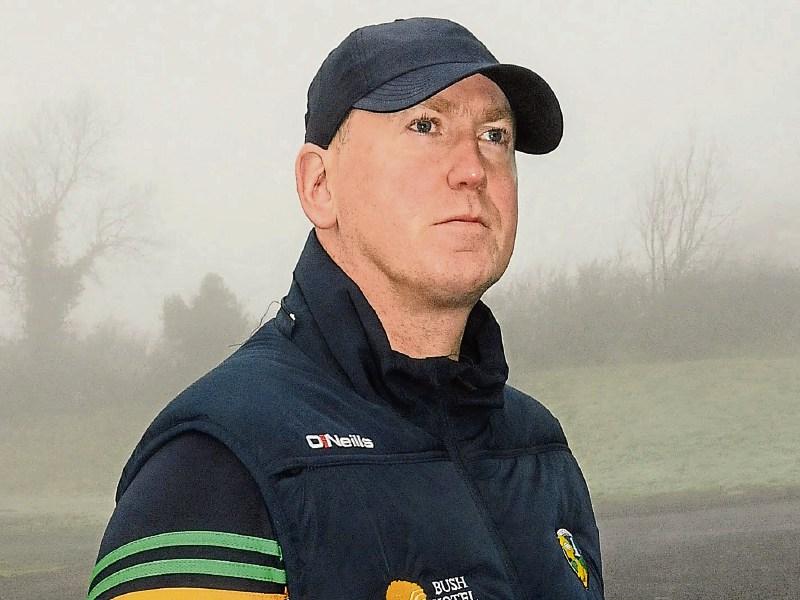 How do you prepare for a Connacht Championship game with only ten days notice? Very carefully according to Leitrim manager Brendan Guckian as he leads the County Minor team into Championship action at the third time of asking against Galway next Saturday in the Connacht GAA Centre of Excellence in Bekan, Co Mayo.

The convoluted history of this game would definitely leave you frustrated if you are a Leitrim player with the competition originally scheduled for May before Covid-19 hit. When restrictions were lifted, the Friday of the October Bank Holiday was the next day up but literally two days before the game was due to take place, the plug was pulled again.

Saturday’s game sees Leitrim take on Provincial giants Galway but it has left their manager with very mixed emotions: “Yeah, sort of mixed emotions. Initially it was one of frustration that we were given notice of a championship game with only ten days to prepare. But then you are excited that the lads are, at least, going to play in the Connacht Championship for 2020.”

The short notice for the competition, with many expecting a return to training before matches would be held in the New Year, bemuses the former Leitrim Senior team manager: “Genuinely, I think the last time we spoke, I said to you that no, it wasn’t going to happen in 2020. My hope was that we’d be given notice in December, that we’d be given five weeks to prepare and that it would have been played in early January but that obviously is not the case.

“For us, it is actually a case of minding themselves for the next ten days because, going back to that word, enthusiasm, these lads would train every day thinking it would prepare them properly but it won’t. We’re training three times and I think that is sufficient, that they are getting recovery time in between and that they literally get their bodies right.

“Physically, I’m not overly worried but mentally, that they are right. They have an awful lot going on in their lives at the moment, dealing with the Leaving Cert, dealing with a pandemic, some of them would have had plans in relation to family over the next couple of weeks and again, they have to put that on hold to focus on their championship game.”

The short notice means that no minor teams will be prepared as well as they normally are: “It was three days before the last game when it was called off, we felt that we really prepared well going into the game, we were all looking forward to it and then for it to be pulled from under your feet and then to go into a lockdown for six weeks.

“So we haven’t been collectively training, we got together that Thursday for our first session so effectively we will have three sessions to prepare for a Connacht Championship game. I can’t comment on Galway’s preparations because at the end of the day, we adhered to everything we had to do.

“The County Board gave us guidelines, NPHET gave everybody guidelines and we have adhered to that 100%. The lads would have been doing a bit of gym work themselves and working on core exercises that Enda would have given them. But in relation to running and ball handling skills, no.

“We will be looking at ball handling over our sessions, you can’t run them into the ground, there is no point and it will have a negative effect so it is about generating a bit of excitement and a bit of a buzz and that they are in mentally a good place going into the game.”

What Brendan does see in this group is enthusiasm and a desire to represent Leitrim: “You mentioned that word - enthusiasm and that is one thing I have to say that when we trained last night for the first time, the enthusiasm of the group is a testament to them. All they want to do is wear the Leitrim jersey and perform to the best of their ability in a Leitrim jersey, which, from a management point of view, is a great thing to see.”

Looking ahead to the match, Brendan will be looking to keep it simple on Saturday: “I think whoever can eliminate making the most mistakes on the day has probably the best chance of winning. I think in fairness Mickey Graham came out with a good statement a few weeks ago that winter football makes more of a level playing field and in fairness, he is a testament to what he has achieved with Cavan over the last couple of weeks.

“Conditions wise, the pitch is going to be in great condition, you just don’t know up there what the wind is going to be like, it could be a major factor but these lads would have been playing schools football possibly in November and December so I wouldn’t really dwell on that too much.

“What we would be encouraging them to do is to go at it, throw caution to the wind and perform as best they can. From day one, we’ve focussed on ourselves because I’ve always said that these lads are good, good players, they want to develop, they want to improve so whether it is Galway you are playing, Mayo, Roscommon or Sligo, we don’t really focus on the opposition.

“Obviously we treat them with the height of respect but as you know from watching young lads playing a long, long time, it is literally down to the performance on the day.”