As we come to the end of a year like none we've ever experienced, the Leitrim Observer has asked a few journalists and some of our sports stars to look back on 2020 and pick out their highs and lows of the Covid-19 hit sporting year. 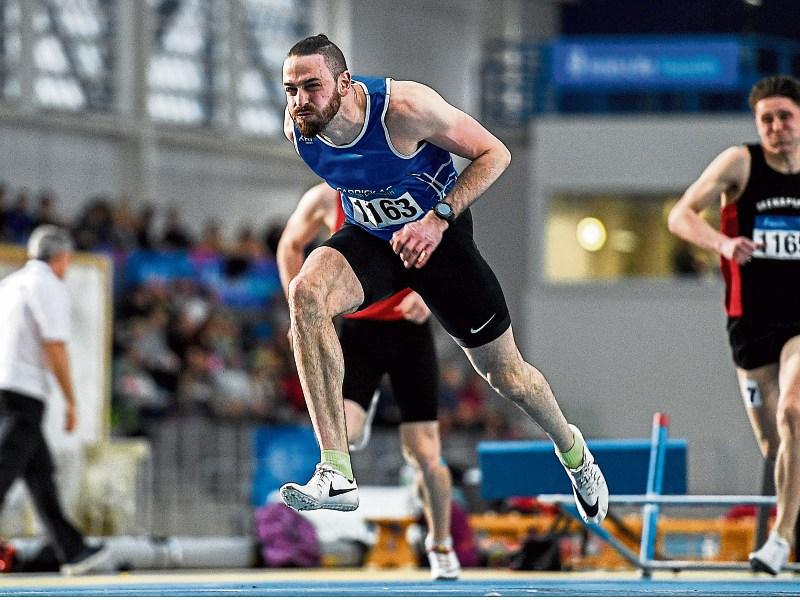 Winning two national titles from my only two races of the year. I had planned on skipping the indoor season but thankfully was convinced to do it at short notice, and was glad I did when it looked like the whole outdoor season would be cancelled. The main highlight of those races though was that I ran some of my fastest times ever, which gives a nice bit of encouragement into 2021.

The European athletics championships being cancelled. It was my main target for the year so it was hard to keep motivated once that decision was taken, especially since they were cancelled rather than postponed, meaning it’s 2022 before their next occurrence.

Thankfully, it didn’t impact me from a health point of view for me or my family, but in terms of work/training/coaching there was a lot of upheaval. I ended up back in Carrick for the lockdown so it was the longest period I have spent at home since school – and finding suitable places to train within 2km took some creativity. I spent a small fortune on gym equipment to keep that aspect of training going from the garden, and coaching became zoom only, to add to the other 10 hours a day spent online!

For most of the lockdown it felt more like exercise than ‘sport’. Anyone who managed to keep training was doing so alone so motivation and ensuring things were done with purpose was challenging. But I just tried to make sure I got something positive out of every training session, even if it wasn’t to the same standard as I’d normally expect. It also felt a bit strange to even be out training when so many were effectively housebound – I got a few confused glares from cars passing by!

I’m not sure it did for me personally, I already knew how obsessed and dependent I am on sport as an athlete, so I probably just became more aware of that. But it was nice to see/hear from many others who view sport the same way, as such an important part of their lives.

Mondo Duplantis – he broke the world record for the pole vault at age 20 and was unstoppable all year. He could completely dominate the event for the next 10+ years.

To the sports editor’s displeasure, I’ll begrudgingly give it to Liverpool. When I was in school it was full of Liverpool fans declaring them as the best club in the world despite having won nothing other than a few cups in my lifetime. So at least those 30-ish year olds have real reason to gloat at last.

I’ll keep it local to the North-West and go for 400m sprinter Chris O’Donnell from Sligo. He ran a PBs over 100m, 200m, & 400m this summer and I think he’ll be close to qualifying for the Olympics in Tokyo if he gets into the right races next summer.