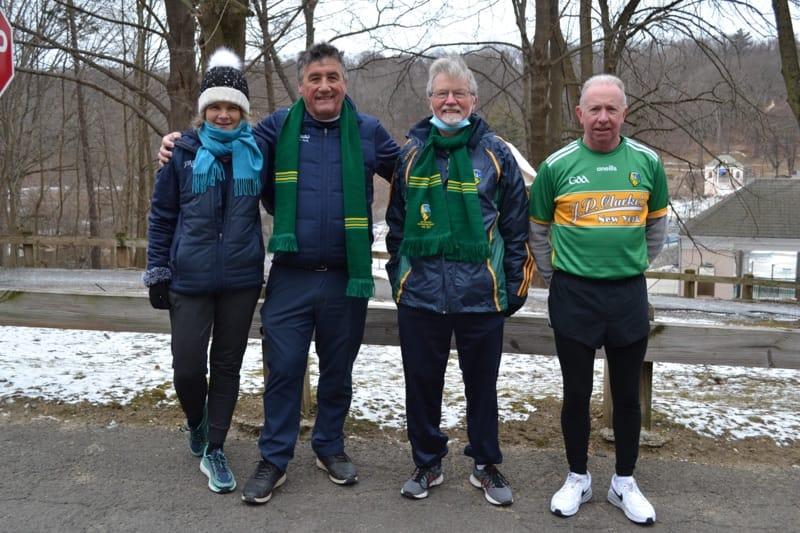 Caitriona and Seamus Clarke, Frank Brady and Pat Reynolds, organisers of the 50 miles in January Challenge for Leitrim GAA in New York on Sunday, January 31.

It started out as a chance to raise some badly needed funds for Leitrim GAA at a time when such opportunities were difficult to envisage, let alone put into practice.

But mighty oaks from little acorns grow and how this 50 miles in January challenge captured the imaginations and hearts of Leitrim people here at home and throughout the world.

Leitrim people have been drawn to this unique event from all corners of the world and not alone has it helped to raise funds for Leitrim GAA, but it has brought together and re-connected Leitrim people in a very special way.

The target at the beginning was an optimistic €50,000 but Chairman of Leitrim GAA, Enda Stenson said the figure at the time of going to press is now somewhere between €70,000 and €80,000 with donations still coming in.

“No words of mine could say how surprised, delighted and grateful I am to all the people who took part in this,” Enda said.

“It drew Leitrim people from all corners of the world. It was more than a fundraiser, the connectivity of the people was something to behold. 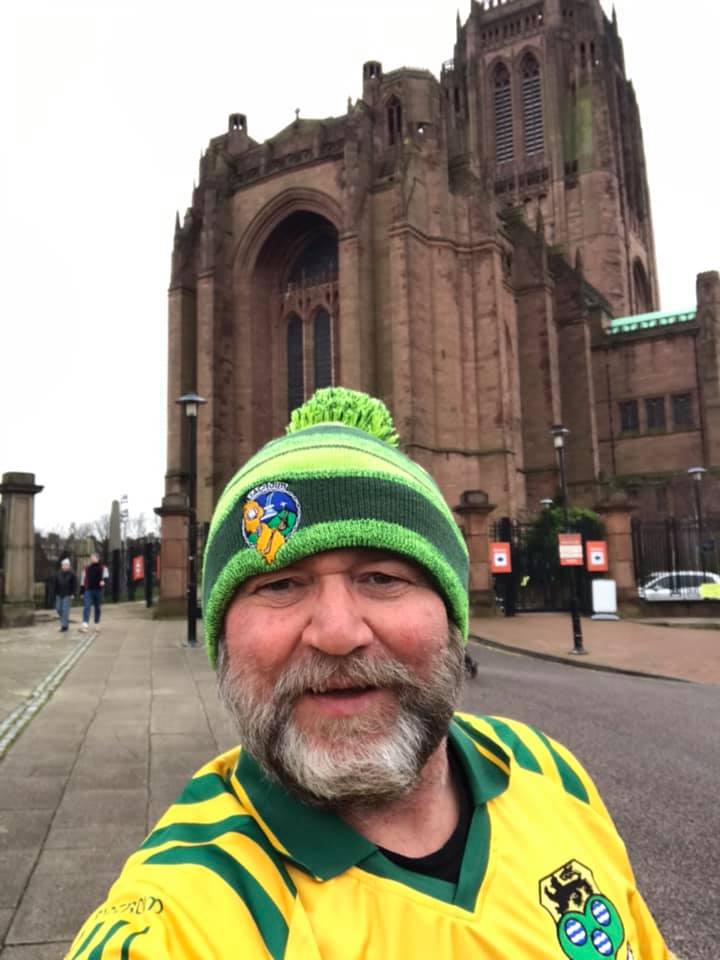 John McNiffe from Killargue proudly sporting his Leitrim colours as he completed the 50 miles challenge around famous landmarks in Liverpool city.

“People were absolutely so grateful to us for doing this and for them to be able to connect to other Leitrim people they hadn't seen in years,” he said.

“I want to thank all the people who contributed, who got out and did it and donated,” he said.

A clearly emotional Enda paid huge tribute to the men behind the idea who drove it to ever greater lengths and heights in recent weeks.

He thanked former Leitrim footballer Adrian O'Flynn who came up with the idea, and Eamon Duignan and Mike Feeney of the Leitrim Supporters Club in Dublin who met with the County Board, outlined the idea and drove it on and kept it front and centre at all times. He also thanked the tireless Brendan Doyle for his expertise in the field of IT.

Thanking everyone for their contributions, including the footballers, the hurlers and the underage players, Enda didn't want to single people out but felt it would be remiss of him not to acknowledge the contribution of former Leitrim player and 1994 hero, Aidan Rooney who personally raised over €6,000 for Leitrim GAA.

“Everyone got out and walked and ran and people just loved it, even people who have little or no connection to the GAA. At a time of lockdown people needed a boost and they got a boost, it was just phenomenal,” said Enda.

He said he was amazed to see that over 100 Leitrim people of all ages came together in New York last Sunday to support the challenge and raise €5,000 in the process. 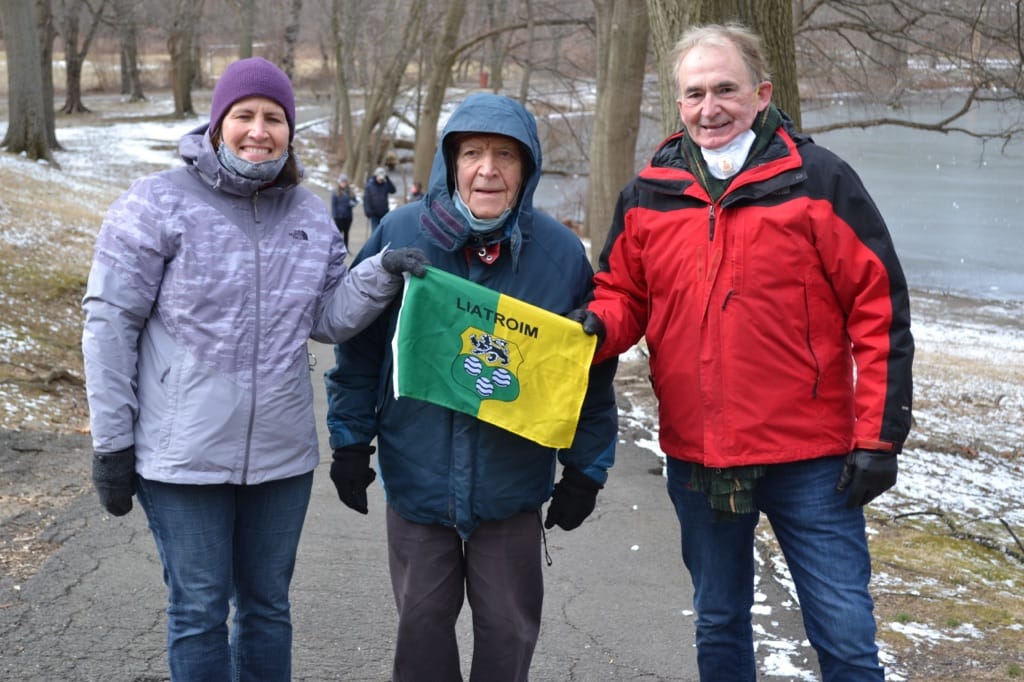 With the money still coming in, Enda said the gofundme page is due to be closed next weekend so he urged those with outstanding monies to get them in now.

Adrian O'Flynn, the former Leitrim player who conceived and designed the whole campaign said, “I am thrilled with the way things are working out and the really good thing is the level of enjoyment and satisfaction expressed by the participants.”

Meanwhile, Joe Dolan of The Bush Hotel, has penned a lovely letter in tribute to Leitrim GAA (Page 18).

In it, he acknowledges their innovative and resourceful initiative in raising much needed funds in such unprecedented times this January.

“This event has so captured the attention, imagination and admiration of all Leitrim and Leitrim connected people in Leitrim and beyond… in Ireland and around the world.

“Aside from the (amazing) financial outcome this initiative has been an emotive and evocative stimulus in strengthening community engagement, physical and mental wellbeing, pride, camaraderie and crack.

“In essence, it is what the GAA is all about. Whilst we may not frequent Croke Park as often as other better resourced counties with greater talent and financial pools one cannot but acknowledge our resilience. It’s not all about on the pitch!”