Club grateful for the continued support 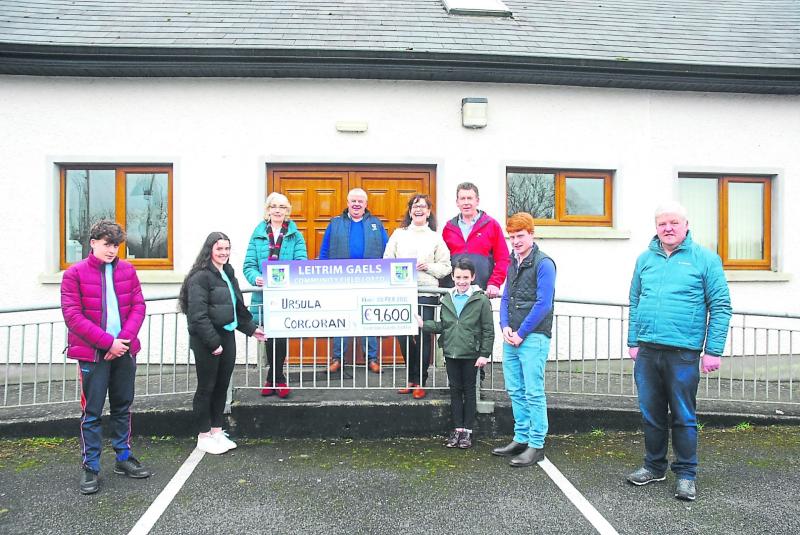 Pictured at the presentation of a cheque for €9,600 to Ursula Corcoran of Lismakeegan, Carrick-on-Shannon.

Leitrim Gaels Community Field Committee and Leitrim Gaels GAA Club would like to take this opportunity to congratulate Ursula Corcoran and the Cullen Family on winning their jackpot of €9,600.

Ursula and James have been great supporters of the club since its formation in 1997 with James togging out for the club in its early days until injury ruled him out of a great football career.

Leitrim Gaels Community Field Lotto has been running in the Leitrim Village area for over the last 20 years. It has provided the Community Field Committee with much-needed funds to pay off existing bank loans.

The original Community Field project cost in excess of €1.3 million. At present, there are outstanding loans of €58,000 with a monthly payment of €1,800 plus €10,000 for the annual running cost which brings the total cost of keeping the facility open to €32,000.

Due to Covid-19 restrictions fundraising has been hit badly for all clubs and organisations. In late 2020 Leitrim Gaels Community Field lotto joined up with Club Force to play lotto online.

Every week has seen a steady increase in sales with people from Australia, Canada, USA and England and the wider community coming on board to support the lotto.

Lotto envelopes can still be purchased at McCormack’s Shop, Leitrim Post Office and Giulio’s Takeaway. There are many different options to play online and if you have any problems you can Contact Bernie Goldrick 087 2057578 or any committee member or email leitimgaelslotto@gmail.com

Thanks to everyone who has supported this fundraising venture and other fundraising over the years. The committee are very grateful for everyone’s continued support and look forward to new players joining up.