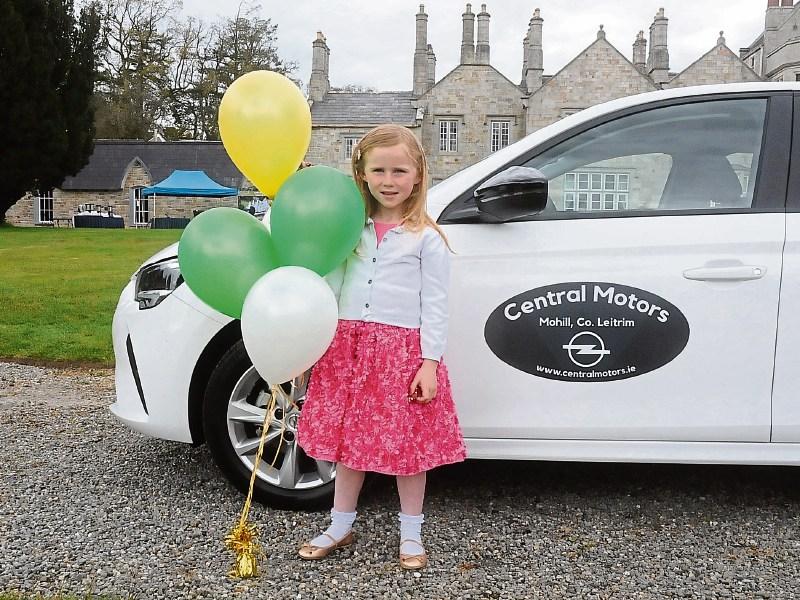 Sports’ return last week and the further easing of Covid restrictions were greeted like a long lost prodigal son returning to fold by most sports enthusiasts. Unfortunately, it did not take long for the sheen to somewhat wear off what was a genuinely good week for those who participate in or just watch our sporting activities in this country.

Maybe it was the good weather but there was a palpable sense last week that perhaps, just perhaps, the gloom was lifting as the country’s kids return to the playing fields, running tracks, waterways or whatever last week with the return of juvenile training.

Golfers must have thought the Man Above was shining on them in particular when spectacular sunshine greeted their first day back on the fairways and the broad smiles on the countless photos that we all saw week of happy golfers back out enjoying their game is a potent reminder that sport isn’t all just about winning - sometimes, it is just about getting out there and relieving stress.

I’m sure next week when adults are allowed return to organised training sessions in pods of 15, they’ll experience the same surge of adrenaline, their mood lightened and outlook improved as they meet up with friends and teammates they haven’t seen probably since last October.

It is an often forgotten underplayed aspect of sport that for many of us, our sporting activities are also our social outlets so meeting up with friends in whatever sport you participate in will surely lighten the load.

But now the hard work truly begins - and by that I don’t mean combating Covid-19, restricting the deadly virus and preventing another major outbreak. No, the word comes in so many different head-scratching conundrums!

Camogie took the headlines over the weekend as counties decried the sport’s fixture plan for the rest of the year, leading to threats that some players would launch a boycott of games if the order of the proposed split season wasn’t reversed.

Now, I’m no great expert when it comes to camogie, it’s structures or internal wranglings and for many in Leitrim, it won’t make any difference as Ladies football rules the roost in this county but the fact it was the number one item on the RTE Radio One’s Sunday Sport gives you some idea of the problems facing administrators.

Sports administrators don’t tend to get much sympathy from the general public but just look at the myriad host of problems that have raised their head since the Government announced its roadmap for a return to some sort of normality.

We’ve all grown used to the first problem Covid has inflicted on sports clubs - policing the entire gamut of problems that come with the dreaded health questionnaires? Are they filled in? How many participants in pods? Social distancing and the wearing of masks at non-sporting times - even the dropping off and collection of children from training is now a major issue.

Crowds won't be allowed at the GAA & LGFA National Leagues games, we've all accepted that, but the GAA were reportedly seeking clarification over the weekend on the issues of inter-county challenge matches and whether all members of a County panel could be admitted to games in the coming weeks, let alone the farrago about the U20 championships.

Officials from all sports are seeking clarification from the Government and Health authorities as to exactly when fans will be allowed back into events - it is a decision that has huge ramifications, financial and socially, right down to the youngest age group of any field sports.

At the moment, crowds attending games looks unlikely until at least the beginning of July yet clubs will be allowed to play matches from June 7. But will clubs agree to play League games behind closed doors considering that gate receipts will be an invaluable source of income to many cash strapped clubs this year.

Will the Leitrim GAA County Board repeat the same format of letting clubs host games in the championship this Summer considering the slack enforcement of the 200 crowd limit last year? Will the Leagues be played this year or sacrificed again to give more time for the championships?

Will there be an early start to the championship or will the start be delayed until September to give clubs more time with their county players, considering that even with an early exit of both hurling and football county teams, Leitrim could still be in county action right up to the start of August?

What about the dilemma facing local soccer leagues? Their leagues are normally finishing up at this time of year but do they try to finish the barely started 2020/2021 competition in the space of two months, giving players scant time to recover before starting into the 2021/2022 Leagues next September or October?

And that’s not even beginning to talk about the Juvenile Leagues that have not been played - something that has real impact at Manorhamilton Rangers, Carrick Town, Dromahair FC and Abbey Rovers?

All Juvenile events, be they gaelic games, soccer, rugby, rowing or athletics, have some tough organisational questions to face - parents or guardians are allowed to attend under Child Protection guidelines but who is going to police who attends and in what numbers? And whatever about matches or races, what about what happens at training?

Some will say our minority sports like athletics or rowing don’t really have to worry too much about crowd limits of 200 but you’d be surprised!

No National Juvenile Athletics championships were held last year because you simply could not organise an event for juveniles without allowing parents or guardians into the stadium and with the numbers involved (five regions which qualify four competitors per event), it simply becomes impossible to cater for such an event.

We’re all banking on the vaccines to cut down transmission rates and combat Covid-19 but in the coming days and weeks, perhaps you’ll spare a thought for those officials trying to come up with a plan that gives everybody what they want while also abiding by health guidelines.

There is nobody more delighted to see sport back than I am but when you start to really think about it, we're a long way from normal yet. But at least it is a start and for that, we should at least be grateful and maybe a little bit more patient with our sporting officials ... and that is without even mentioning referees!