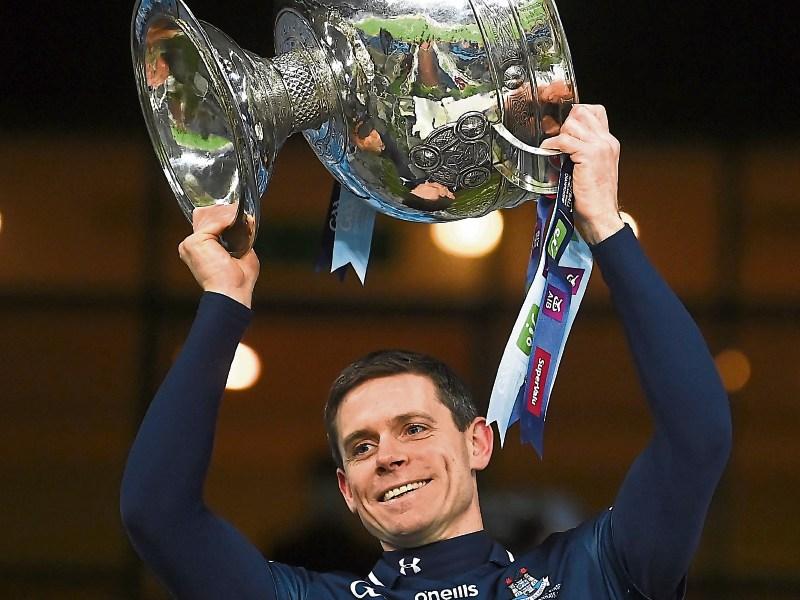 Dublin are the greatest gaelic football side of all time. Their success in winning six All-Ireland Senior Football Championships in a row transcends everything else and puts them above the great Kerry four in a row side of 1978-1981.

Kerry's bid for five in a row was halted by Offaly in 1982 but Dublin have passed that barrier and then trumped it by winning a sixth in a row when beating Mayo late last year.

The capital side have been an irrestible force of nature. They have a huge array of outstanding talent and like Kilkenny in their hurling pomp of a few years ago, they can afford to lose players – losses that was devastate the chances of any of their contenders but the Dubs can take it in their stride.

Dublin play to a system that works for them and they have it all off to a fine art. It is just over two decades ago when the GAA was wondering what they could do to help Dublin. They were struggling at that time, picking off the occasional All-Ireland but also going long periods without wins. They often struggled in Leinster but from the 2000s on, they began to get their act together.

The manner in which Dublin have taken control of the sporting scene in the city has been extraordinary to witness. They have made football the most popular sport in Ireland's biggest population base and unprecedented success has followed.

It has also created a monster, an attractive one but one that still needs to be stopped. It is not good to have one county so dominant and it is now a big issue for the GAA. It is one with no easy answers. Splitting Dublin or limiting their funding is not the answer and the solution lies in bringing other counties up to their level.

That could be a long process in most counties and it really boils down to a numbers game. Dublin have a population that is unmatched anywhere else and once the GAA has their act together, they will have more people playing the games. That leads to more county standard players, an all round increase in excellence and it will be very difficult to stop.

You only need one hand to count the number of genuine contenders to Dublin. Kerry are the obvious ones, Donegal and possibly Tyrone up north and Mayo and Galway in Connacht. How many of those, however, can beat Dublin in a big knockout championship game? Mayo's chance looks to be gone for the moment as they try to build a new team, though they can't be ruled out – if any county deserves a title, it is them.

Galway are not the proven article yet and there are doubts about both Donegal and Tyrone. Kerry are probably the best chance of ending Dublin's great run.

Gaelic football, however, has never been any different.

There has always been only a handful of counties with genuine aspirations of winning Sam Maguire at the one time. Kerry have been ever present, Dublin occasionally present before modern times – the rivalry between Dublin and Kerry in the 1970s was tremendous. Down, Galway, Meath, Offaly have had spells in the past four-five decades and then there was the Ulster renaissance in the 1990s – started by Donegal and continued on by Down, Derry and then Tyrone. In the 1970s and 1980s, the Munster and Leinster champions were almost guaranteed to meet in the All-Ireland final once they avoided each other in the semi-finals.

A spread of silverware is good for the GAA. It gives hope to other counties and encourages them to put their best foot forward.

They all have different challenges with promoting football and they need to see light at the end of the tunnel.

Dublin's dominance has been particularly problematic for Leinster.

They have won ten Leinster titles in a row and they took six in the 2000s.

There is absolutely zero evidence that they will be stopped this year. In a knockout championship, you can't make a case for any of the Leinster counties ending Dublin's run. Kildare and Meath have the best prospects but are unlikely to be the one.

Dublin are unbackable hot favourites to win 11 in a row. They play Wicklow or Wexford in the quarter-final and that will be a stroll in the park for them. The other quarter-finals will see Kildare playing Louth or Offaly, Laois meet Westmeath and Meath take on Carlow or Longford. If you took Dublin out of it, then you would have a very decent championship with a number of counties having realistic prospects.

Kerry were stunned by Cork in Munster last year and they have a big point to prove. Tipperary took full advantage by winning Munster last year but they meet the winners of Clare and Kerry in the semi-final and that is likely to spell the end for them – though Tipperary's football pedigree deserves to be acknowledged and admired. Cork play Waterford or Limerick in the other semi-final and the scene is set here for a traditional Cork and Kerry final with Kerry coming out on top.

North is the most competitive provincial championship with Donegal, Tyrone and Monaghan particularly worthy of consideration. Down play Donegal in a preliminary round with the winners playing Derry in the quarter-final.

The other quarter-final pairings are Armagh v Antrim, Monaghan v Fermanagh and Tyrone v Cavan. The possibility of upsets is always a live one in Ulster and there could be shock results here.

Mayo and Galway are the standout teams in Connacht. They begin with a quarter-final against Sligo and with the winners playing Leitrim, they should get to the final.

Galway will be favourites to beat Roscommon in the other semi-final but Roscommon will have a chance here.

This will lead to two All-Ireland semi-finals with Connacht playing Leinster and Ulster meeting Munster. A Mayo v Dublin semi-final would be interesting and Mayo could have a better chance than in an All-Ireland final, where the Dubs have proven an insurmountable barrier for them.

While Dublin are a truly great team, they are still not unbeatable and Mayo and Kerry have let particularly good chances slip in recent years.

They are the team to beat but maybe this will be the year that their great run ends.

It has to happen some time.