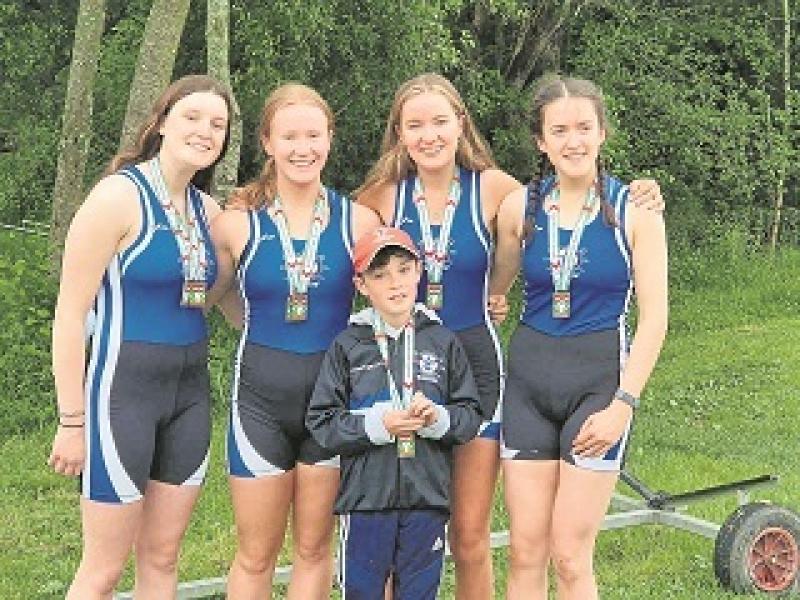 Carrick Rowing Club had a great day of racing down at Castleconnell Regatta on Saturday July 10. It was the first regatta in a long time due to Covid-19. However, everyone still rowed exceptionally well.
There was a wide range of rowers competing at the regatta, varying from junior 14 rowers all the way up to the more competitive junior 18 categories. Regardless of the results, all crews rowed exceptionally well considering the lack of racing experience some of them had due to previous restrictions.

The club had a long day of racing with crews competing in both the second race of the day (8:14am) and the second last race of the day (7:45pm).
The day started off nicely with Aoife Lowe and Elsie Harman winning their J18 double race. Brierton Murphy and Tadgh Duignan put in a great effort and won their J15 double race. This winning streak in the doubles continued on with Mae Harman and Sarah Lee also winning their J16 race.

Later on in the day there were two quad wins. Aoife Lowe, Elsie Harman, Grace Earley and Rosanna Murphy had a well earned win in the J18 quad race along with another great win from Leah Mc Loughlin, Sarah Boyd, Maria Keane, Emily Bryan in the J16 quad.

Overall it was a very enjoyable and successful day out for the club, showcasing that all the hard work and long hours training on the water are all paying off. It goes without saying that none of this success would be possible without the continuous help and support from the coaches, with a special mention of captain John Lowe who brought the trailer down to Limerick and who gives countless hours to the club on a daily basis.

The next regatta is taking place much closer to home, Lough Rynn, which is supposedly going to be a busy day of racing. The rowers are looking forward to this event which will hopefully be just as successful as last weekend.