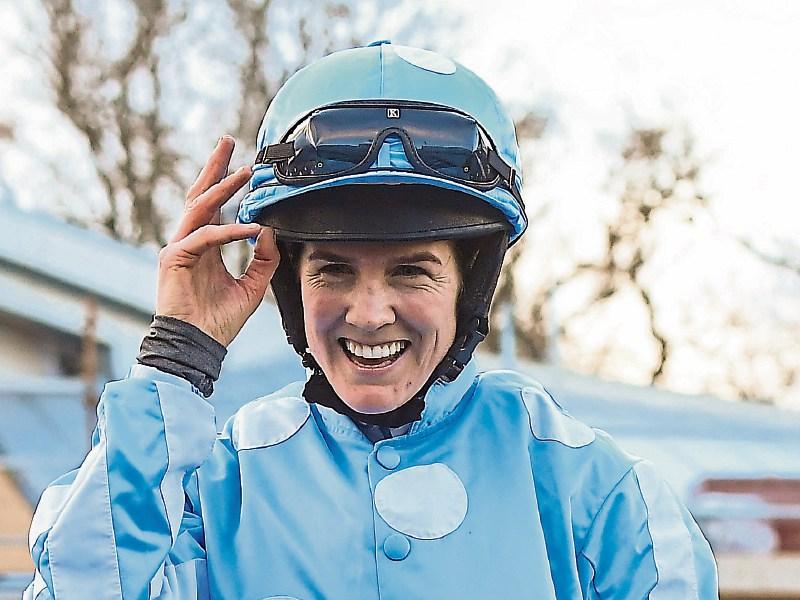 Irish jockey Rachael Blackmore has been taken to hospital after suffering a heavy fall in a race in Killarney.

The Grand National-winning rider was on board the 11/10 favourite Merry Poppins in the Download The BoyleSports App Handicap Hurdle when she came off at the fifth fence.

Track medical officials rushed to her attention, and shortly afterwards she was taken by ambulance to hospital.

The Irish Horseracing Regulatory Board posted an update from Dr Richard Downey on Twitter. It said: “Rachael Blackmore is being taken to Tralee Hospital for further assessment on an upper leg injury following a fall in Race 4 at Killarney. She is fully conscious.”

Blackmore became the first woman to ride the winner of the Champion Hurdle at Cheltenham, and had six winners at the Festival that saw her crowned leading jockey.