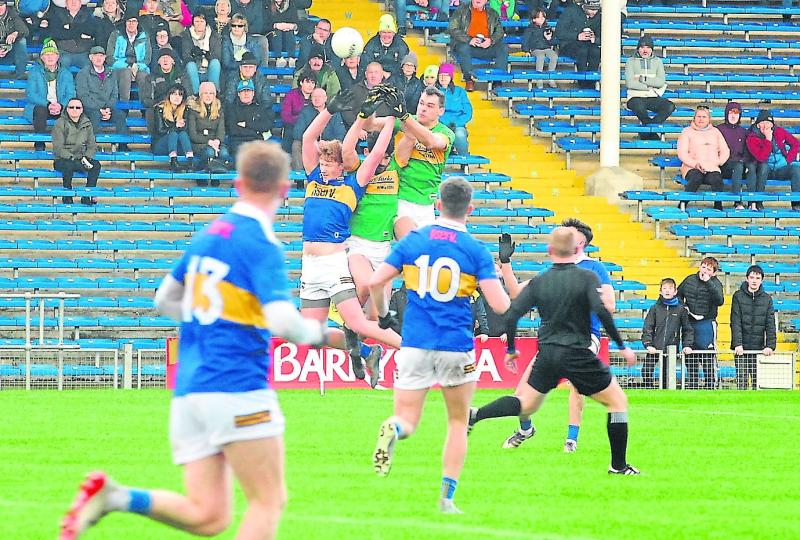 Leitrim and Tipperary players in action on Sunday

Leitrim are being backed to earn promotion from the bottom tier of the National League after bouncing back from their opening defeat to Cavan with a morale-boosting win over Tipperary.

Andy Moran’s side went into the interval with a 3-point lead in Thurles, but a blistering start to the second half saw them pull clear before registering a first under the new boss by 2-16 to 2-08.

The victory saw Leitrim’s chances of promotion slashed into 5/2 from 8/1 in the latest betting with BoyleSports, while Tipperary’s chances have drifted to 8/1 from 10/11 after picking up just one point from their opening two games.

Sligo earned their second straight win of the campaign with a 28-point haul in a one-sided affair against Carlow at Markievicz Park and their early lead in the table means they are now second favourites to win the division at 9/2 from 12/1 and odds-on for promotion at 4/7 from 4/1.

Cavan however remain hot 1/5 favourites to be promoted to the third division as champions after making it two from two with a 6-point victory over Wexford.

Lawrence Lyons, spokesperson for BoyleSports said: “Cavan remain hot favourites in Division 4, but we are seeing some significant support for both Sligo and Leitrim in the race for promotion. Sligo are now odds-on to get out of the bottom tier, but Leitrim aren’t being ruled out at 5/2 from 8/1 as they were full value for their win in Tipperary.”