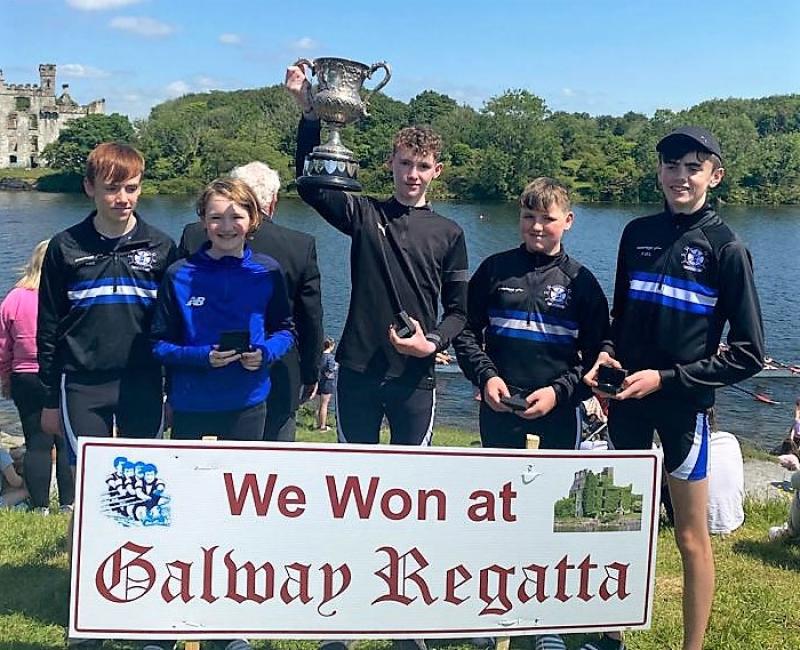 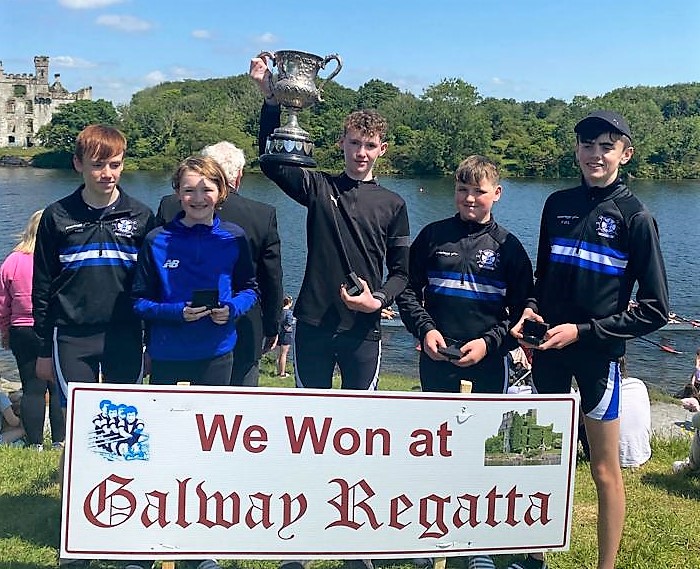 The Menlo Straights was the latest venue for competitive action for Carrick on Shannon Rowing Club this Bank Holiday weekend. This three lane 700m course on the Corrib provided quite the test as clubs from around Ireland gathered for the 2022 running of this famous regatta.

Carrick Women kicked off the day with some Junior 14 double sculls action. Success eluded the girls who had a 5.30am start from Carrick to be on the stake boats at 8.15am, this is no mean feat and it is a credit to all involved including Club Captain John Lowe who faithfully provided transport and haulage of our boats.

REVEALED: The total prize money for the 2022 Wimbledon Championships

Following on, our Junior Men took to the water in the J15 Single sculls. Bri Murphy provided the first win of the day with a fine row against Athlone Boat Club. Notable performances also came from Carrick's Nandor Stefcsik and Tadgh Duignan.

The J15 Quads 4x+ competition came soon after with a Carrick combination of Donal Keane, Fionnan Feeley, Cormac McKiernan and Alfie Walsh powering through the course for the win. A special mention must go to cox Hannah McKeon from Drumshanbo who's navigating the stiff breeze and choppy waters made the difference for Carrick.

Experienced Sculler Leah McLoughlin kept up this winning habit for Carrick as she cruised to victory by a distance over two local Galway Rowing Club crews in the J16 scull competition. This was one of the performances of the day as this scull cut through tough conditions and opposition very familiar with the course to victory by distance.

The deteriorating conditions in the afternoon provided even more testing conditions with Carrick Junior women working hard and performing well without silverware. These developing crews under the tutelage and watchful eye of coach Gabor Stefcsik will have gained some very good experience from the day which they can channel into their training for future competition.

Winning ways returned for Carrick in the Mens J14 Double as an exciting new combination of Donal Keane and Mark Tansey proved the victors against clubmates Fionn O’Leary and Ruben McCrann and locals St. Josephs Bish Rowing Club. These Roscommon men rowed with power, pace and style in a thrilling final.

The final win of the day came for a season duo of Bri Murphy and Cuileann O’Donaile in the Mens J15 Double. These men rowed with a tenacity and confidence beyond their years to bring the curtain down on a six win performance for the club.

As always we thank out travelling coaches John, Gabor and Mick for travelling with our young charges to offer direction, support and racing guile.

Next weekend brings a local focus as the club takes on Lough Rinn Regatta. This will be a real shoulder to the wheel performance for the whole club as the Mohill venue hosts the very best of Irish racing in a Grand League Regatta.

Seasoned campaigners like Aoife Lowe will also return to action after a brief break following the Metro Regatta.

Some club rowers however will be taking a break next weekend as the Leaving Certificate and Junior Certificate bear down on participation. We wish all our members sitting exams the very best of luck in the coming weeks.

We look forward to welcoming spectators and friends of the club to Lough Rinn next weekend to see some top class racing and Leitrims International class venue. See you there!