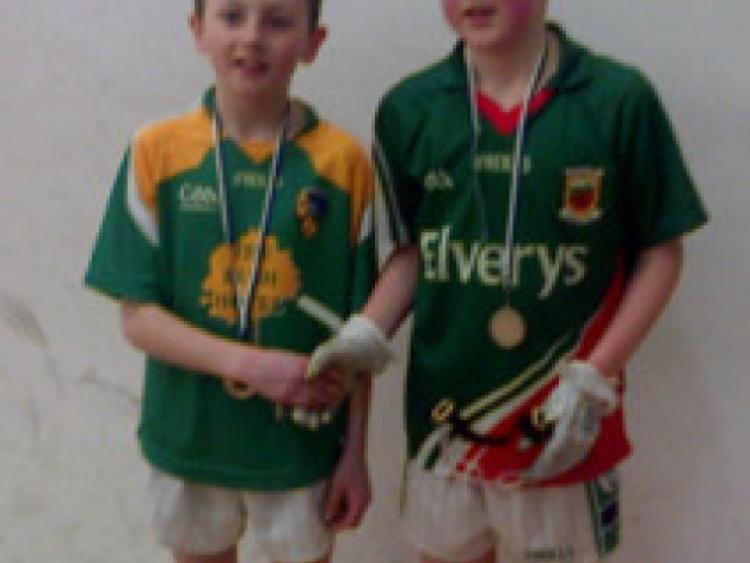 The 2013 Connacht 40x20 Juvenile B Championship came to its conclusion on Saturday with the finals played in Ballaghaderreen and Charlestown.

The 2013 Connacht 40x20 Juvenile B Championship came to its conclusion on Saturday with the finals played in Ballaghaderreen and Charlestown.

Cormac Scollan was the only Leitrim competitor to reach the finals and he came away with the U-11 title defeating Niall Fleming of Mayo on a score-line of 15-6, 15-10. In a very entertaining match with some great rallies and kill shots, Scollan eased to victory to take the first game.

The second game was much tighter early on with both players swapping scores, but once Scollan took the lead he never relinquished it. Fleming put up a real battle but midway through the game Scollan took control and put enough daylight between them to secure a great victory.

Leitrim had a total of 11 competitors taking part in the championship including: Fergal McLoughlin and James Wrynn U11 Doubles, Eoin McLoughlin U12, Robert Maguire U13, David Wrynn U14, Aaron McLoughlin U15, James Maguire and Conor McKeon U15 Doubles Tony Simms u16 and Mark Leddy U17. All players reached the semi-finals against a stronger Galway selection with Mark Leddy losing out to Eamon O’Maoilchianain in the U17 Final.

The annual Williamstown One-Wall Tournament takes place this year on May 24-26, in Williamstown HC, Galway. Grades are provided for all youth grades in boys and girls, as well as an array of both male and female adult grades. There is a strict entry deadline for this event, with entries and fees required to be in the possession of Williamstown Handball Club by Wednesday Ma y 15. Entry forms can be downloaded from the GAA Handball website.