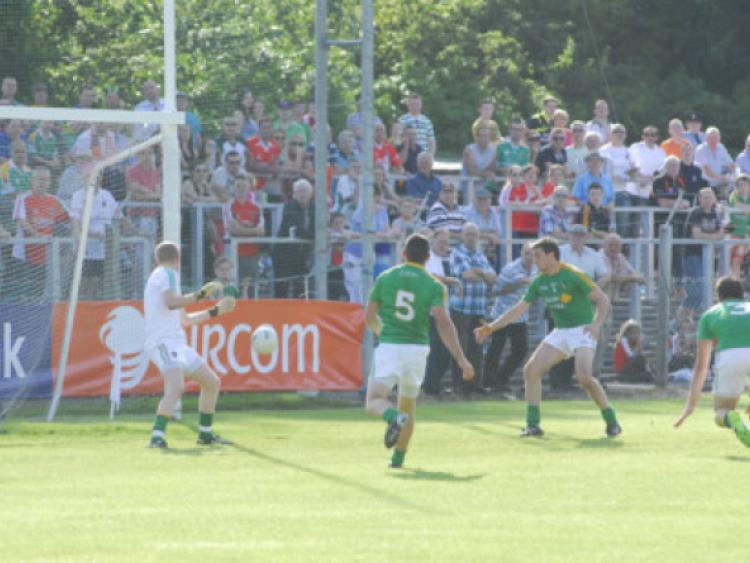 I’d been trying to figure out how to put Saturday’s painful defeat into perspective when I read a Sunday newspaper’s report that five people had drowned during last week’s glorious spell of weather.

I’d been trying to figure out how to put Saturday’s painful defeat into perspective when I read a Sunday newspaper’s report that five people had drowned during last week’s glorious spell of weather.

No one died in Pairc Sean.

That said, we are passionate about our football in Leitrim and we are entitled to try and understand why things went so absolutely wrong against Armagh.

‘What happened?’ is the first question I have been asked by pretty much every Gael I have met since Saturday, be they from Leitrim, Roscommon, Dublin, Cavan, and even Armagh.

It’s impossible to sum it up in a neat sentence, but the closest explanation I have come up with is that the Leitrim team that took to the field on Saturday found themselves in the middle of a perfect storm.

A ‘perfect storm’ is an expression that describes an event wherein a rare combination of circumstances aggravates a situation drastically. The first recorded use of the expression in a meteorological sense is found in an issue of the Port Arthur News in Texas, dated March 20, 1936.

It cites how seven factors contributed to a devastating flood that was described as a perfect storm. Saturday was such a situation.

Here’s how I see Leitrim’s seven fatal factors, and the contribution they made to what was, I believe, our most difficult championship defeat.

• The first signs of a storm came with the news that four players had been removed from the panel for disciplinary matters. This came at the worst possible time, just a week after our return from New York, when things seemed to be rolling nicely along to a Connacht semi-final match at home against London.

Unfortunately, the actions of the players in question left their management, the county board and their team mates with no other option.

• The public reaction to the removal of these players meant that the panel and management could not concentrate on preparing for the London game. Instead, a number of self-serving individuals started up social media campaigns that attempted to split the county and ensure the clouds of controversy remained firmly overhead instead of allowing them disperse.

The team and management were made painstakingly aware that the entire county was not behind them in their efforts.

That has a huge psychological effect. Some of the personal abuse directed at players and the management would make anyone question their involvement and commitment to a team.

• The loss of Paddy Maguire to injury the week before the London game was a cruel blow to a panel already operating off minimal cover. Paddy, last year’s captain, was our best man-marker capable of keeping any corner forward scoreless. Still, at this stage, I believed the storm could be weathered.

• The first bolt of lightning came when Emlyn Mulligan pulled up just minutes into the game against London. Our talisman would play no further part in the game, nor, as it would turn out, the championship bar a couple of minutes at the start of the replay. It was clear the gods were playing a cruel game as over the duration of the drawn game and the replay we went on to lose Alan Wynne (robbing us of any natural cornerback) and Darren Sweeney, our midfield maestro.

The injuries continued to mount as Paddy McGowan suffered the same fate minutes into the Armagh game. We were reduced to a panel of 23, and forced to pull in additional cover. Unprecedented stuff.

• I felt the decision to play a sweeper against London in both games was the incorrect call. Especially in Pairc Sean, this showed London far too much respect and conceded too much ground. We also failed to play this system correctly by deploying a non-man marking centre back in Enda Williams (a player I rate due to his other fine attributes).

To play a sweeper system correctly, the six other defenders must go man to man and make sure their player does not win clear ball.

Break it at every opportunity, then the sweeper ‘sweeps’ up the breaks. We did not do that. Instead, we marked space and not men.

London took full advantage of this and we were too slow in both games to make necessary adjustments. The defeat to London left the squad at an all time low going into the Armagh game.

• In the first half of the London replay it was clear the perfect storm was brewing nicely. Once Emlyn and Darren left the field we were ripe for the taking and lacked the leadership on the field to stop what was turning into a rout. The pressure was evident as individual mistakes cost us goals.

Try as the guys did in the second half, the damage had been done. That apprehension and mental exhaustion was carried into the Armagh game, and three individual errors lead to Armagh’s three first goals. The floodgates then opened.

• Jamie Clarke. It was a pleasure watching a player of his calibre. It was distressing what he did to the Leitrim defence. Due to a total lack of cover, our Lionhearts Danny Beck and Paul Brennan were both asked to try and do a job on him.

Neither are man-marking cornerbacks. In his prime, Michael McGuinness would have struggled to put hands on that Will-o the Wisp. He was the scalpel that carved us up.

These seven factors contributed to Leitrim’s devastating defeat. Sport is a cruel mistress. This time last year the panel was narrowly defeated by Laois having already recorded our first Qualifiers win. They started this year with another first in capturing the FBD league.

I’m still proud of the management and players for taking the brave principled stance they took in the removal of four panel members who had broken their bond and their word, despite the fact that they all knew it would make their jobs so much harder.

The right route is rarely the easy route.

I’m also proud of every Leitrim player who took to the field on Saturday against insurmountable odds. They were, unfortunately, out of their depth in the flood waters of the perfect storm.