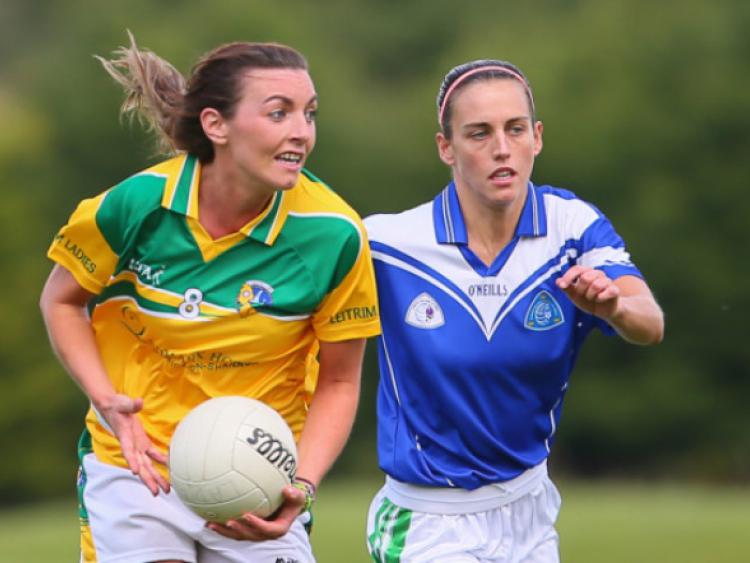 Sarah McLoughlin is determined that the absence of a proper County Board structure at present won’t affect matters on the pitch as Leitrim Ladies begin their Tesco Homegrown National League campaign this Sunday against Roscommon in Ballinamore (2pm).

Sarah McLoughlin is determined that the absence of a proper County Board structure at present won’t affect matters on the pitch as Leitrim Ladies begin their Tesco Homegrown National League campaign this Sunday against Roscommon in Ballinamore (2pm).

While off-field matters aren’t ideal, McLoughlin says everyone is rallying around, and she is hopeful for a positive start to the year - “We are just trying to stay positive. We are trying to forget about what’s happening with the county board.

“We don’t mention it. We just figure that it will sort itself out. We are there just to play. Everyone is pulling their weight, washing jersies and whatever else.

“People have been out organising games and stuff just to get us up on our feet. Our main focus is football and the background stuff will hopefully work itself out.”

Leitrim have a new management team in place, with Galway’s Pat Costello as manager and McLoughlin says the players couldn’t have asked for a more positive start under the new regime.

“Preparations have been going really, really good and we are very excited about this year,” she said, “The training sessions are just so new and different. We have never repeated the same ball drill. Everything we do is with a ball, so the girls are excited.

Navan based school teacher McLoughlin is hoping for better in 2015, starting with Roscommon this weekend.

“There’s nothing between the two teams,” she said.

“We met twice last year and it’s a tough battle any time we meet them. They also have a couple of girls back who were travelling, so they have extra strength this year, so it’s going to be an extra battle for next week.”

“Last year’s Connacht Final win was a big thing for us. We hadn’t won a provincial title in a couple of years. That was one thing from last year. Our league wasn’t great at all in 2014.

“For this year, it would be great to get up to Division 2, but personally I like to use the league to develop young players that are coming in, to give everyone an opportunity and just see what the new girls are able to bring, because we have some fantastic new girls on board this year.

“I’d like to see the league being used to just get your Championship team right, rather than having girls sitting on the bench all year getting bored. I would like to do well in the league, but I’m not too worried about it.

”For us it’s about keeping our numbers, and building a strong team.”