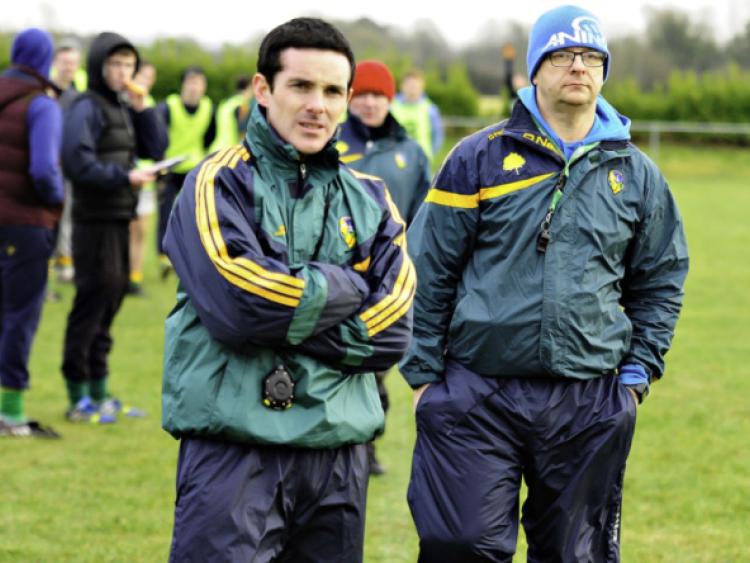 Manager Shane Ward is looking for a good start to the Allianz League next Sunday when Leitrim host neighbours Longford in a crucial game.

Manager Shane Ward is looking for a good start to the Allianz League next Sunday when Leitrim host neighbours Longford in a crucial game.

And Ward is also appealing for the Leitrim supporters to get behind the team in Pairc Sean Mac Diarmada for the 2 pm throw-in - “It is the first game of the national league, it should draw a lot of interest. Longford, being relegated from Division 3, will be looking to consolidate or get promotion from Division 4.

“They will still prove tough opposition. It is their first day out, no more than ourselves, and they will be eager to get a good start.

“It will be very important to us to try and consolidate our home advantage at all times. I would ask the supporters to come out and to reiterate what I said previously, to be positive, give us time and be patient and reward the boys and support the boys in every effort in what they’re trying to do.”

The game may be a derby but Shane is looking first and foremost for a performance - “Every game is treated with equal importance, whether we are playing Longford or any other team in Division 4, it won’t make any difference, the preparation and focus will ultimately be the same.

“I’ll be looking for a performance and for them to implement continually what we’re trying to work with on the training field. I will be looking for a little bit more intensity and focus considering it is the national league and the players understand that.”

The Leitrim manager has also been delighted with the response of the players and admits it will be difficult to finalise his match-day squad - “It will be difficult but that it is about, picking the right squad for the right game and the boys understand their roles in that and how it is going to operate for the few games. We’ll look forward to that and that is where some of the challenge lies.”