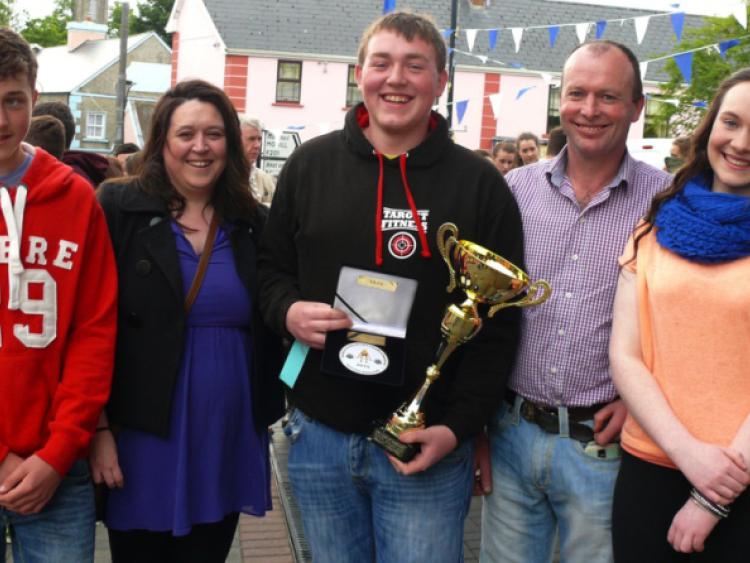 World Champions are rare but Leitrim added two to the roll of honour last weekend when Conor Hession and Tommy McCormack both won World Powerlifting titles.

World Champions are rare but Leitrim added two to the roll of honour last weekend when Conor Hession and Tommy McCormack both won World Powerlifting titles.

Carrigallen’s Conor Hession won the World Drug Free Powerlifting Federation title in the Dead Lift Unequipped for 16 and 17 year olds in the 110kg class and set a new world record for the age group with a lift of 220.5 kilograms.

Ballinamore’s Tommy “Spike” McCormack took home the gold medal from the championship at the Telford University campus in Wolverhampton in the Senior 75 kg class, lifting an incredible 230 kilograms to win a very close contest.

And both came home to estatic welcomes on Monday with Carrigallen and Ballinamore both hosting events to honour their new world champions.

Both Tommy and Conor were overwhelmed with the outpouring of congratulations that greeted their victories and the welcomes they received on Monday with Conor saying “I’m overwhelmed at the support I’ve had over the last couple of weeks, beforehand and after, it is a feeling that I can’t express in words, it’s outstanding.”

Tommy added “It is very humbling and I dumbfounded to be honest. The support I’ve received has been incredible. The one thing about Leitrim people is that they are mad about sport and they really get behind you.”