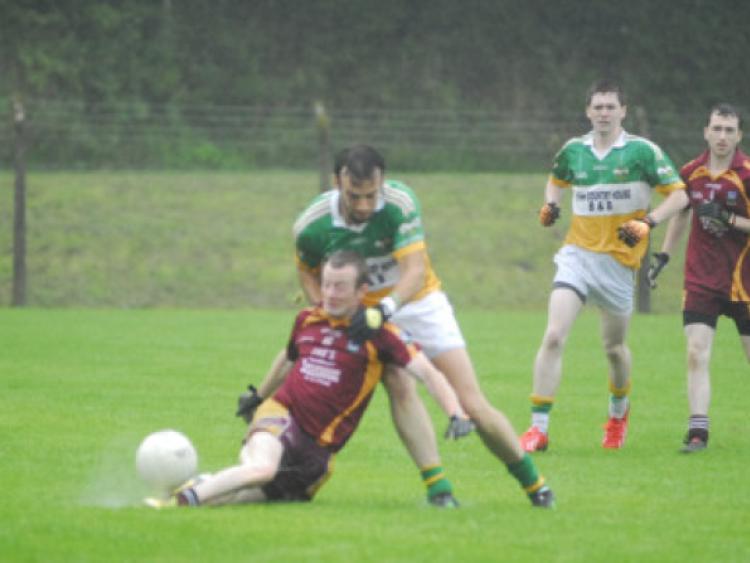 ‘The best laid schemes of mice and men

‘The best laid schemes of mice and men

And leave us nothing but grief and pain,

It felt appropriate to borrow a few lines from Scotland’s most famous poet Robert Burns considering how my planned weekend in Edinburgh panned out.

Three months training went down the drain when an awkward fall while playing a soccer match on Monday week last put my hip and back into spasm. It was a sore knock initially but I didn’t think it too bad and played on for the remaining 80 minutes. Big mistake.

A lesson to any young players out there and one I should certainly have learned at this late stage of my sporting life, take the long term view whenever it comes to an injury. Don’t play through pain and listen to your body. Chances are you’ll miss the end of the game you are playing but you’ll end up missing less game time in the long-run.

As a result of my misguided determination to see out the end of a game, I was unable to participate in the Tough Mudder event I had prepared for diligently for months.

Fortunately my two compatriots Gareth and Ciara represented Leitrim with distinction completing the course in just over two hours, clear evidence of what a great team they make. 11,000 people participated in the event over two days revealing just how popular such happenings are at the moment. You have to be philosophical about injuries – they are something every athlete will have to deal with at some stage of their career. Occasionally you may have to deal with them every season. It’s how you respond to them that count. Do the rehab, listen to your physio, play the long game, and use the time to develop your strengths and work on your weaknesses. And if it’s a recurring injury you are suffering from figure out the root cause and rectifying that rather than the symptom.

Prevention is better than cure and a strong core augmented by supplemental practices such as yoga and pilates can reduce injuries, improve performance, and prolong careers. But enough of dishing out advice that I didn’t heed myself!

Over the weekend there was a shift in the cosmic forces that guides the Leitrim senior football championship. Mohill’s defeat of the red-hot favourites Glencar Manorhamilton was just the shot in the arm the championship needed. It has thrown the competition wide open with Gortletteragh riding the momentum of their Intermediate win last year all the way to a semi-final clash against Mohill. Carrigallen, who recovered from a five point deficit to overcome Allen Gaels by one point, will have to wait for the replay between reigning champions Melvin Gaels and St. Mary’s this weekend. I’m really looking forward to seeing that game having missed the drawn match.

The dumping of Sean O’Heslin’s out of the championship has had a similar effect on the Intermediate competition. Their victors Glencar Manor can now focus fully on this grade but Dromahair, Eslin, and Glenfarne Kilty will have something to say about where the title rests when all cards are finally played. It’s all to play for.