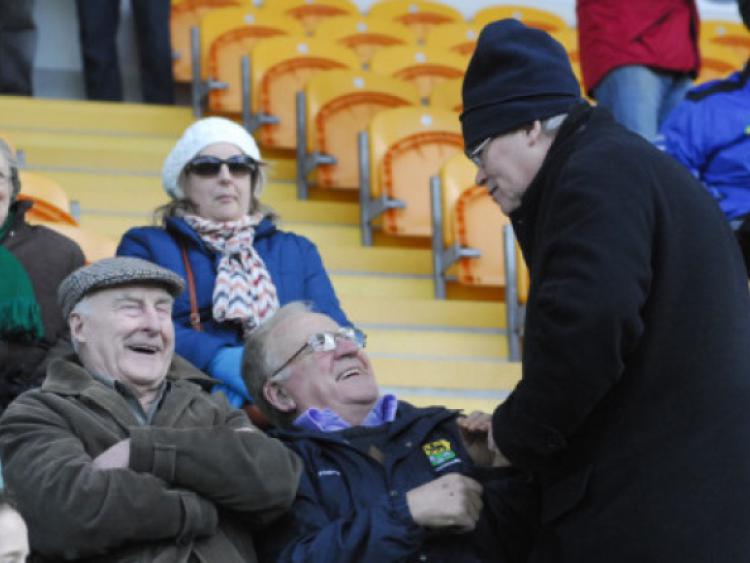 One of the most common questions I was asked when, year after year, I returned to the fold of the Leitrim senior football panel, was ‘why do you do it?’

One of the most common questions I was asked when, year after year, I returned to the fold of the Leitrim senior football panel, was ‘why do you do it?’

It’s a question I never fully answered, or, at the time, had the answer to. I guess I was just going on instinct for the best part of 15 years. It just felt like the right thing to do. I was drawn to it. I yearned for it. I loved it. It was three years ago last week that a devastating injury meant I would never play for Leitrim again. Now I miss it. Not in a way that leaves me empty; at 34 I was nearing the end of a long, fulfilling career. It’s more akin to the sensation you feel when you awake from a beautiful dream and try to recall the details, but it drifts away, leaving you with a little smile of residual happiness and a nostalgic wonderment at where that sensation came from, and where it went to.

The last three years have offered me the opportunity to reflect in more depth on why I, like so many others across Ireland, felt the need to respond to an often-irrational compulsion to put my life on hold and my body on the line to represent my county. For me it was always about identity. Two distinct and separate manifestations of identity, but nonetheless connected. The experiences I amassed playing for Leitrim allowed me to bind my identity together and made me feel more alive and true to myself than at any other time of my life back then.

I was aware how important the first element of my identity was to me from an early age. I loved a challenge and pushing myself to my limit, and I found the best way to focus that was through sport. It became a way for me to channel my seemingly endless energy and drive. Being the eleventh of twelve children, with five big brothers who all excelled in their various manly pursuits as farmers, hunters, builders, mechanics, bikers, and even a rock musician, sport was to prove my niche and my way to shine. In addition, my late father Oliver was one of the best-known characters in our part of the country, known across Leitrim, Sligo, Donegal and Fermanagh as a crazy medley of Grizzly Adams, the Bull McCabe, Ronnie Drew and Father Christmas. Unbeknownst to myself back then, there resided in me a great hunger to make him proud in my own way.

One of the great thing about playing county ball meant I was home a lot, and readily available to assist Dad while he delivered turf to the houses that freckled the high roads and byroads of the north-west; his customers, more often than not, great old characters whose country cottages offered an open gate to an Ireland that is now all but lost. We Regan boys were differentiated by our deeds by many in our area (easier to remember than names or similar faces), and when Dad and I sat down in front of their open fire to share the warmth of a chat and the turf, they would ask, ‘Is this the footballer?’ We would often discuss the most recent game they had listened to on local radio and it dawned on me just how passionate these people were about their county team, despite perhaps, never having seen them play.

The second element of identity that fuelled my drive was a slower burner and really only matured as I did. As I said, it is separate to my inherent love for the challenge offered by sport. And I use sport in the broadest terms because I tried every sporting challenge I could, from hockey and tennis to cross country and badminton. And while it was a close thing between soccer and the GAA into my late teens, once I tasted inter-county competition Gaelic football would become my passion.

The second element of my identity that found expression through playing for Leitrim was related to my place in this world. I come from a townland called Derryloughan, a few miles inland from Tullaghan, Leitrim’s tiny costal village. Our local club, Melvin Gaels, brought me into the local community in a new, intrinsic way. I witnessed how the club gave this small, forgotten outpost on the edge of the Atlantic an identity, and how the community came together to express themselves through their club. The men who drove the club back then (and now still) were the fathers of the lads who played with me: Terry Tiffoney, Jimmy Phelan, Brendan McGowan, Dessie Sheridan, and Joe McCarron amongst others. They used to think nothing of driving the hours to and from Raphoe in Donegal, where I was in boarding school, to bring me to an underage match somewhere in the wilds of Leitrim.

Then there is Michael McGowan. If the rest of the men involved in the club were the guardians, Michael was the Godfather. At one stage in the late ‘70s Michael (who represented Leitrim and Connacht in football and hurling) was the Leitrim county chairman, and the senior, U21 and minor team manager. A former Brother who left the order and married May relatively late in life, he was a father figure for countless young Leitrim and Donegal Gaels (the De La Salle in Ballyshannon was a veritable academy for Tir Chonaill teams during his days as principal). He chauffeured me and every other Melvin Gael who played inter-county, up, down and around Leitrim and across the country so many times that at one stage of my life I knew him better than my own father. But they weren’t just trips to and from games and matches; they were an education in life. Michael was (and remains) captivating and the perfect entertainment on a long drive. It didn’t matter whether he was telling you about how he waited 25 years to return, with interest, a sly blow he once received in a game (Michael played club football into his late 40s), or explaining why we were pulling into a bothareen outside a house in Drumkeerin to collect Mayflowers for the windowsills and doorsteps of our houses as the sun set on the last day of April.

What I’m trying to say is that men like Micheal and my father helped imbue in me a great love for the land and place I came from. It was only when I discovered John McGahern’s writing that I really realised how deeply it resonated with me and I fully appreciated the pleasure that can be derived from the simplest of such connections. Leitrim is part of who I am, as it is for so many from our county. Playing for Leitrim is akin to playing football for your family, with your family crest on your jersey. Our county team is akin to a small, local club. The players know each other’s families and friends and neighbours. Now don’t get me wrong, we’ll still tear lumps out of each other at club level, because club supercedes county. But you admire them all the more for that. Just like you, they’re fighting for their wee patch too. And when you come together under the banner of your county you see they’re just like you, and very different, in many more ways, too.

These are the reasons why I played for my club and county. Why year on year I returned to see where the new struggle would take me. This is why I was willing to break bones, and create friendships, shed tears of sorrow and generate tears of joy, rip up relationships and weave new ones, destroy joints, fall flat and try again, curse it all to the Heavens and defend it to the depths of hell.

Each player’s reasons and motivations will be personal, but whatever the reason representing your county remains one of the great privileges a young man or woman living in Ireland can experience. We live in an age when identify is becoming a homogenised haze of bland; when marketeers tell us what we should look like and upon what brand we should hang our flag of allegiance. Playing for your club and county offers an antidote to that disease by allowing you to forge your own identity while simultaneously affording that identity an outlet.

We Irish are tribal people, whose identity is intrinsically linked to the place of our birth, our county, and the ground on which our homestead stands. Few get the opportunity to become the physical embodiment of an identity shared by 25,000 or so people. That was what playing for Leitrim offered me. The fact that opportunity came through a game that permitted me to explore my desire to push my body and mind to their physical and mental limits created the perfect storm.

Why did I do it? More like, how could I not?