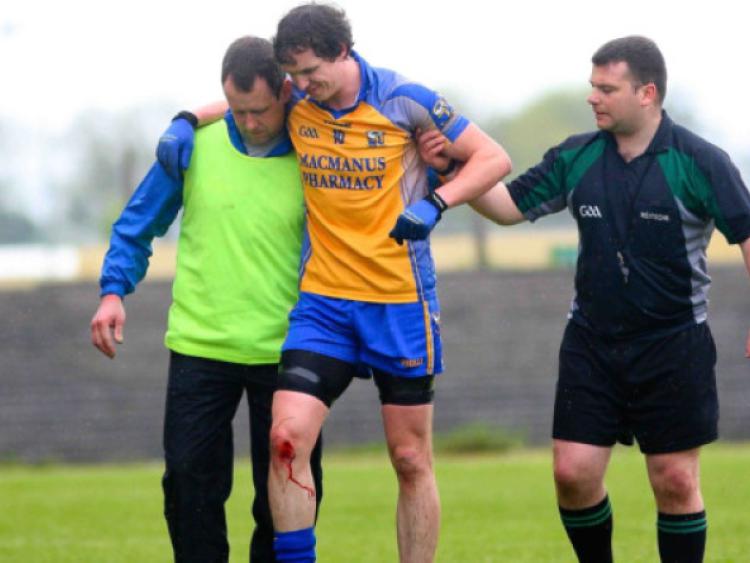 I’ve never been one to count my chickens before the hatch but London’s defeat of Sligo has left Leitrim in a fascinating hypothetical at this stage of the championship: should the boys beat the exiles in the semi-final on they will have reached a Connacht final without having played a team from Connacht or a county in Ireland for that matter!

I’ve never been one to count my chickens before the hatch but London’s defeat of Sligo has left Leitrim in a fascinating hypothetical at this stage of the championship: should the boys beat the exiles in the semi-final on they will have reached a Connacht final without having played a team from Connacht or a county in Ireland for that matter!

London’s fantastic championship win has been coming for some years. Over the past couple of seasons they have put one over on Fermanagh in the qualifiers and brought Mayo to extra-time in Connacht. They looked like a team with real potential when they played Leitrim in Pairc Sean in this year’s National League and many pundits predicted they would trouble Sligo in the championship.

They did more than trouble Sligo: they shocked them from the throw-in and for the vast majority of the game London were in control. They could even afford to miss a penalty in the first half and still enjoy a four-point half-time lead. Ironically the spot kick was taken by Sligo-man, Padraig McGoldrick, whose sending off in the second half almost offered Kevin Walsh’s side the opening they so desperately needed to get back in the game. Eight points in the final 17 minutes almost did the trick but and it was only the width of the crossbar that saw London hold out in the end for a deserved victory – their first in the Connacht championship since they defeated Leitrim in 1977. Congratulations to all concerned with the London squad.

The result sets up a fascinating match with Leitrim in Carrick-on-Shannon on June 23. We will have to deal with being the red-hot favourites, but George and Barney will make sure the boys deal with that. Anyway, someone said to me at the weekend, ‘that Mulligan is one confident lad’. He certainly is, and as captain I expect him to imbue his team with some of the swagger that has made the Kinlough man one of the country’s hottest properties.

Meanwhile in Ballybofey, Donegal completed a championship hat-trick on Tyrone and Mickey Harte over the past three years and looked like the real deal in the process. The experience they have amassed over the last two seasons was evident in the controlled approach they brought to a game that operated on the edge throughout. Donegal are a cynical team. They never miss a chance to frustrate and niggle an opponent. Yet they simultaneously operate above all that in so much as they never let the countless little flare-ups affect their concentration or their game-plan. The same used to be said of Tyrone. But the worm has turned on Tyrone. They are no longer the Alpha Males in testosterone laden land of the Ulster championship.

When you are the one on the top of the pile you can dish out the dirt and let it fall around those below you. Those below feel the need to react, to take a stand. They lose sight of the real reason they are there – to play football and win a game, not a battle. Tyrone lost their discipline on Sunday and lost the game as a result. Donegal are a seriously formidable team, and in Ballybofey on Sunday they proved the old mantra: ‘In the league you learn lessons; in the championship you teach lessons.’

Back in the Leitrim club championship things went pretty much to form in the opening round of matches at the weekend. The reigning champions Melvin Gaels overcame a tough challenge from Carrigallen with a goal in each half sealing a hard fought win. Gary Reynolds was outstanding for Carrigallen and I expect Gary to become one to watch at inter-county level this season for Leitrim. Manor swished aside Annaduff as they reinforced what everyone in the county already knew: beat us and you may well win the championship. Bornacoola were delighted with their one-point win and I think it would be remiss not to mention the outstanding contribution that Gary McCloskey and David O’Connor has given to their club over the past number of seasons, travelling as they have from their London base for league and championship matches. I wasn’t at the game but heard the Twin Towers were the pick of the two teams.

The lads aren’t alone – Melvin Gaels had two UK based boys tog out on Saturday too, Conor Sheridan (London) and Shane Ryan (Newcastle) while I’m sure there are other lads out there too I’m not aware of. Hats off to you all boys; you are what makes the GAA the greatest amateur organisation in the world.

Glenfarne Kilty took bragging rights in the Intermediate championship with a great win over their north Leitrim compatriots Dromahair. It’s going to be a real battle in the Intermediate ranks again this year. Last week I mentioned the need for Fenagh to unearth another Killian McLoughlin. Little did I know the legend was still lining out in goals for the first team.

My old mucker P. Flynn was guarding the square in front of ‘Kilo’ in their game against Aughnasheelin on Sunday. Padraig, like me, is in his 38 year this year while his two corner backs are both 19-years-old. I know of a man with the cure for shingles in Fenagh but there must be someone with an elixir for eternal youth over that way too. As Mark Twain said age is a matter of mind, if you don’t mind, it doesn’t matter.