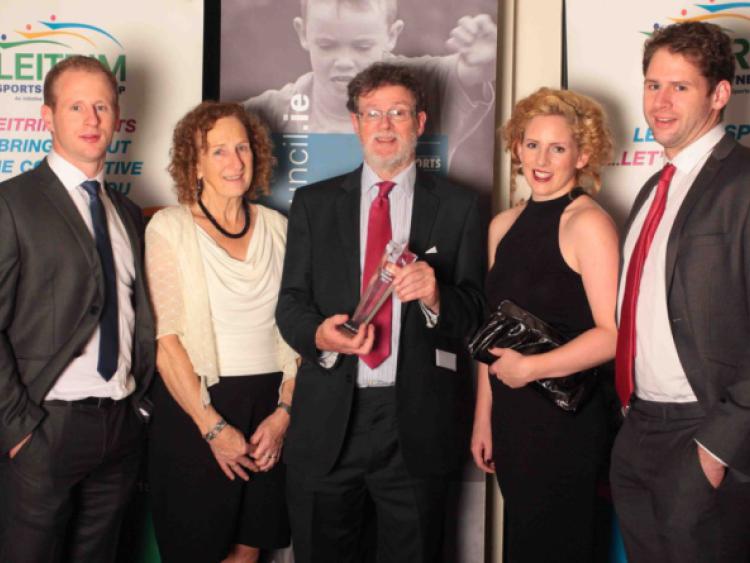 In an era when even our top amatuer players proclaim that winning is the only thing, it is refreshing to hear John King stress that enjoyment has to be at the centre of any sporting activity.

In an era when even our top amatuer players proclaim that winning is the only thing, it is refreshing to hear John King stress that enjoyment has to be at the centre of any sporting activity.

The Hall of Fame winner at this year’s Leitrim Sports Star Awards last Saturday night in The Landmark Hotel has a remarkable record of success over the years in the sport of volleyball but insists that enjoyment, both of the competitors and coaches, has to be at the centre of it all.

“The enjoyment is most important,” John told the Observer, “If I am at training and if they are all there with sour faces, I almost want to go home and some times, I’d say boys, there is no point.

“If we’re not happy at training, if they’re not shouting and taking pleasure in every single thing we do, it is not worth it. It must be enjoyment for it’s own sake and everything else is a bonus after that.”

And true to his nature, John credited his players with Drumshanbo Vocational School’s outstanding run of success - “I’m delighted, I’m very pleased, it is nice. Once you get it started, it creates its own excellence, the kids match themselves against each other.

“The very first years were the toughest, getting there because you had nothing to mark it with but once you got there, the kids were comparing it with the kids in just the year ahead of them, they were copying them and it was not as hard as it may seem and the standard is passed on.”

The teacher, who is retiring this year after 40 years service with the Drumshanbo school, revealed that it was the constant change in faces and personalities that kept him fresh and interested over the years.

“I went watching club volleyball in Dublin and I occasionally still go to a course and find out new things. The big thing of schools compared to clubs and adults is that you have constantly changing personalities.

“You get new ones and you get to know new kids and their response is always fresh and that keeps you going an awful lot, with a fresh approach. And there is always some kids that surprise you with their genuineness and their personalities.”