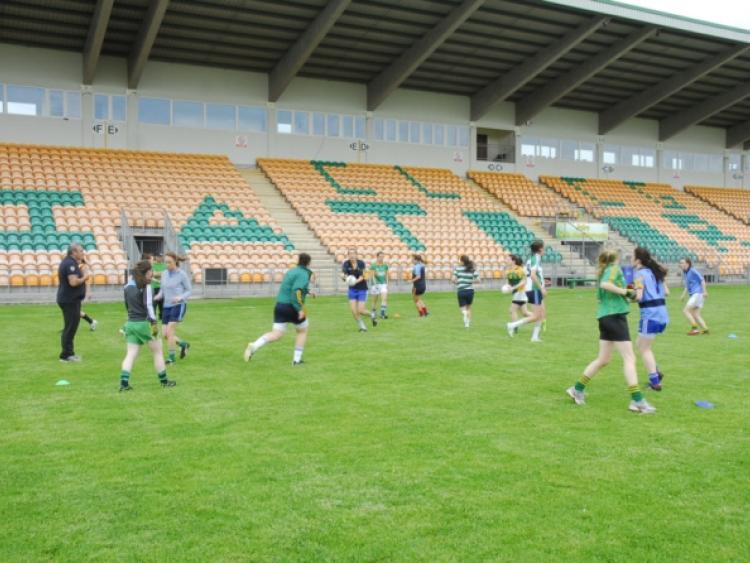 Leitrim head into next Sunday’s Connacht Intermediate in bullish mood that they can retain their title. But everyone in the Leitrim camp knows it will take a monumental effort to stop Division 3 League champions Sligo in Elvery’s McHale Park.

Leitrim head into next Sunday’s Connacht Intermediate in bullish mood that they can retain their title. But everyone in the Leitrim camp knows it will take a monumental effort to stop Division 3 League champions Sligo in Elvery’s McHale Park.

The Sligo women have had the indian sign over Leitrim in 2015, recording two wins in the League and one in the championship but the Yeatswomen will be naturally anxious about a Leitrim team who are getting closer and closer to them as the year progresses.

Sligo are a formidible outfit and forwards Kate Walsh, Stephenie O’Reilly, Sarah Reynolds and Emma Hansberry provide a goal threat that has consistently seen them get the better of Leitrim and Roscommon this year.

Hansberry in particular has been devastating coming off the bench and the question is whether Sligo will hold the Irish Ladies soccer star in reserve as an impact player or throw her in from the start.

Leitrim also have their own soccer star in reserve as Dearbhaile Beirne is now available after her exploits with the Irish U17 soccer side in Iceland. Beirne’s pace and finishing could be the secret weapon to unlocking a Sligo defence who has coped very well with the threat posed by the deadly Aine Tighe.

The wide open spaces of McHale Park should suit the mobility of Aine Tighe and Beirne while the hard running of Aine Heslin, Sarah McLoughlin, Anna Conlan, Deirdre Ward and Carla Le Guen can open up gaps in the Sligo defence where Grainne O’Loughlin, Jacqui Mulligan and Elise Codd have been big players.

However, those same spaces with suit the pace of Hansberry as it was Sligo’s pace on the break that undid Leitrim in the round-robin game between the counties in May. Sligo were able to keep the space tight in defence, denying room for Tighe and co to exploit and then hit on the break.

At this stage, both teams know each other inside out and all the tactics in the world will mean nothing once battle commences. Leitrim are driven to end the run of defeats but so were Sligo last year and it was still Leitrim who came through in an epic encounter.

It could come down to a mistake from players or referees while Leitrim will be looking to improve their accuracy which cost them dearly in Dromod.

Last year, Leitrim had the belief and the momentum, this year, those lie with Sligo and they have to start as favourites. But if there is one team who have the ability to upset the odds, it is this Leitrim team and this match will go down to the wire.