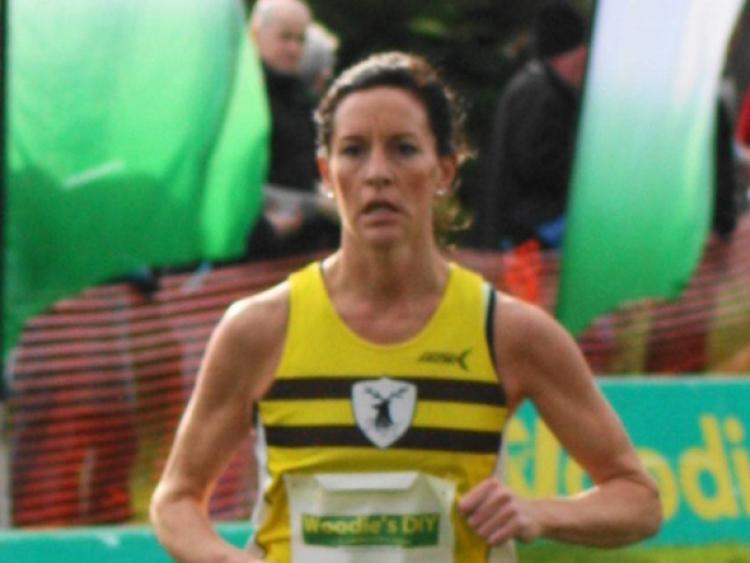 Conscious of not having touched upon their fine form in 2015 I had intended allocating this week’s column entirely to the Leitrim Ladies. And while I still intend waxing lyrical on their efforts, some events across the water at the London Marathon demands my immediate attention and ensures another Leitrim woman gets the recognition she deserves.

Conscious of not having touched upon their fine form in 2015 I had intended allocating this week’s column entirely to the Leitrim Ladies. And while I still intend waxing lyrical on their efforts, some events across the water at the London Marathon demands my immediate attention and ensures another Leitrim woman gets the recognition she deserves.

Kinlough native Breege Connolly, whom I have brought to your attention previously in this column, recorded an incredible time of 2.37.29 placing her well inside the required standard qualifying time for the 2016 Rio Olympics (2.42). In doing so she becomes the first Irish woman to achieve the mark since the qualification window opened in January.

London clearly is a circuit she enjoys having made the Commonwealth Games qualifying standard there last year with a time of 2.39.23. Her form improving all the time (Breege had set personal bests at ten miles and the half-marathon in the weeks leading up to the marathon) she knocked nearly a full two minutes off this PB to romp home as the second woman finisher from the ‘mass start’ group, behind the world marathon record-holder Paula Radcliffe, who was racing her last competitive marathon on the day. Amazing stuff.

Just a few weeks ago we talked about how Breege manages to fit in her training around her busy work life, free from the supports most athletes competing at this level would take for granted, such as dieticians, strength and conditioning coaches, physiotherapists. We salute you.

While Leitrim Ladies will be utterly disappointed not to have reached the league Division 3 final they will have to take as much learnings as possible from their defeat against Sligo and they face the Yeats County in the championship again next month.

There isn’t too much between these two sides. Sligo has recorded victories in their past two games over Leitrim yet I’m sure Pat Costello will still feel like his side are in a solid place going into the championship.

He knows his team has the beating of Sligo but the management and players will have to figure out what changed at half-time in Ballyhaunis on Sunday. Playing against the wind Leitrim went in at half-time a point ahead (1-4 to 0-6) yet they failed to settle in the second half and allowed Sligo, with the aid of two penalties, seal the win.

Sometimes a team can feel as if they have the game won if they put in a huge performance against the wind in the first half. What they may fail to appreciate is that the opposition is capable of doing exactly the same thing, especially at inter-county level. There can also be an over-reliance in the wind in such a second half. The wind never wins games, players and attitudes do.

I wasn’t at the game so it’s impossible to say from my perspective what happened. It could just have been one of those days – had Aine Tighe’s first half shot not hit the post would the result have been different? We will never know.

The side have shown some great potential in the league with one or two disappointing results. When you have a player of Aine’s quality you have a game winner who can turn a match with a piece of individual brilliance.

Throw in a few experienced heads like Deirdre Ward and Anna Conlon into the mix with the young guns and you’ve got the foundations of a team you can really build upon. That’s exactly what Pat and his management team has been doing and I wish them well in their preparations over the coming weeks.

I know from reading the Observer’s big match reaction that Pat was disappointed with the game being moved forward to accommodate a key Sligo player who is also an Irish soccer international. If Leitrim had a player in the same situation wouldn’t we seek the accommodation?

Anyway it’s always best to play an opposition who has their full squad at their disposal, you learn more in the long run and I eagerly await seeing those learnings being put into practise come May 17.

In keeping with the female feel to the column, final mention goes to Mohill’s Dearbhaile Beirne who contributed handsomely to the fine performances (including a home victory over England and away draws with the Netherlands and Hungary) that saw the Irish U17 girls’ team qualify for the UEFA European championships to be held in Iceland this summer. Well done Dearbhaile.