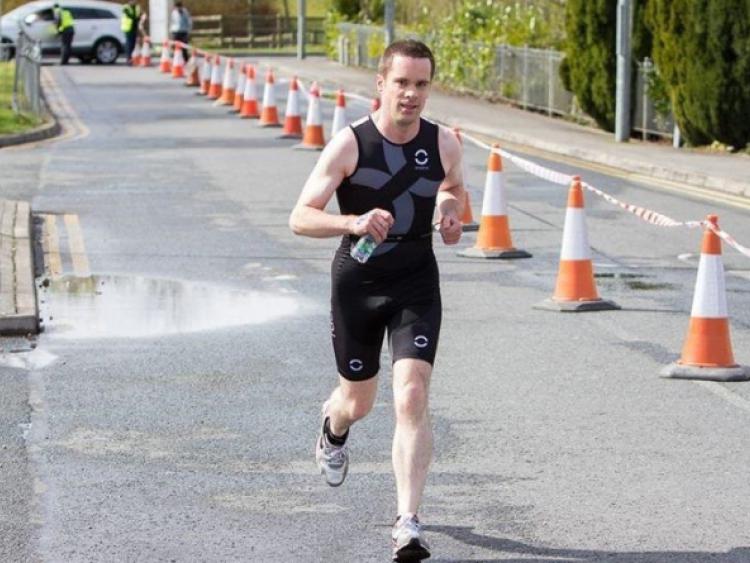 Kevin Gilhooly never thought that he would be a tri-athlete despite having a keen interest in sport and being a regular swimmer at the Aura Leisure Centre in Carrick on Shannon.

Kevin Gilhooly never thought that he would be a tri-athlete despite having a keen interest in sport and being a regular swimmer at the Aura Leisure Centre in Carrick on Shannon.

But on 12th April this year Kevin completed the Aura Leisure Centre Try-a-tri organised by Lough Key Tri Club which is aimed at giving people a taste of what a triathlon is like.

Kevin, from Drumshanbo, uses the services for people with disabilities provided by RehabCare in Ballinamore. His key worker Roisin Donohoe, herself an active tri-athlete, encouraged Kevin to take up the Try-a-tri challenge and together they worked on the goal of completing the 250m swim, the 13km cycle and the 4km run.

Roisin and Kevin put together a training plan that would be both realistic for Kevin to follow but at the same time challenging.

Kevin said, “I was never worried about the swim. I had a bike at home that had been collecting dust since I bought my first car!

“I was concerned about the run alright though. Roisin and I started running 5k twice a week in Ballinamore and pretty quickly I got good at running.”

In the run up to the event Roisin helped Kevin with the technical side of the event – how to transition from one stage to the other, what gear to bring, how to get to the event and other logistics.

As the nerves kicked in on the morning of the event, Kevin was anxious to get started, “I was in Wave 4 so I had to wait until the first three groups had set off. I

“ had a great swim and a good cycle, although my heavy mountain bike made it a bit tougher than it should have been. I was really happy with my run.

“As it was my first event, I just wanted to finish it without giving up. All the hard training paid off though and I did a really good time – 1 hr 16 minutes. It was great to have Roisin, my parents and my friends cheering me as I passed the finish line.

“I couldn’t stop smiling! I really enjoyed pushing myself in training and the event itself. Next plan is to buy a new bike and wetsuit and try do more tri-events”.