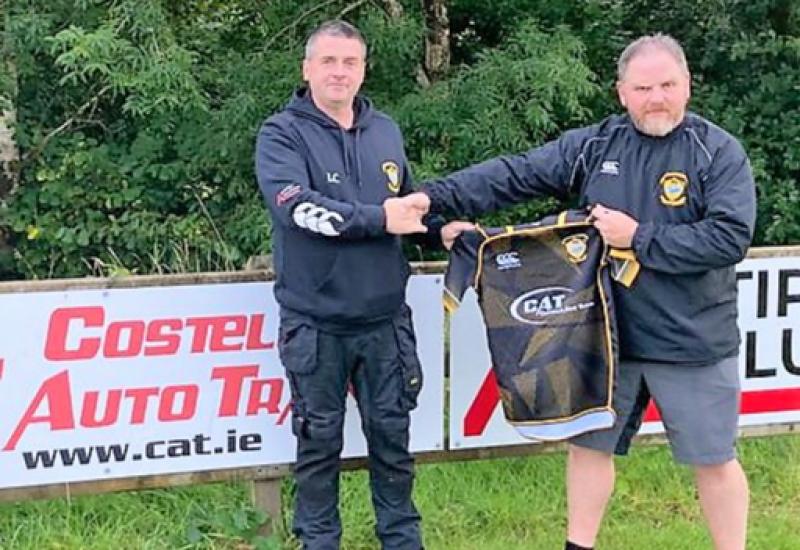 Carrick's senior men’s team came up just short in their Curley Cup Round 2 clash away to Loughrea on Sunday afternoon.

With weather conditions less than ideal at the County Galway grounds, the visitors fell on the wrong side of a 24 points to 15 score line. However coaches McKeon, McGuinness and King will be pleased with their sides second outing of the season against a side playing a division higher than the Shannonsiders.

Carrick started the game brightly and on nine minutes Carrick’s new highly influential Scottish standoff Ian McGhee slotted over  to give the visitors a three point lead. On 19 minutes the home side took the lead and added the extras to leave the home side in front by 4 points.

On 27 minutes, Carrick lost James Og Maguire to the sin bin but to their credit kept their line intact for the ten minutes they were down to fourteen men.

Unfortunately as the first half entered the final minute, Loughrea score again to leave the score at half time, 12 points to 3.

Declan Keville of Keville Accounting and Bookkeeping Service, Drumshanbo presenting a set of gear bags to the Carrick RFC U15 side. Also pictured is coach Aengus Martin, Declan Keville and members of the Carrick U15 squad

Carrick’s achilles heal of conceding penalties would once again haunt them as key forward Darrach Patterson was sent to the sin bin. On Patterson's return though, Carrick scored their first try with Ruairi King finishing off a flowing move but the conversion was missed by McGhee, 12-8 to Loughrea.

Carrick then began to have an influence on the game with Peter Lavin, Brendan Flannery and Darrach Paterson dragging the Carrick men back into the game but without adding to the scoreline.

Indeed it was Carrick's scramble defence that saved them on numerous occasions  but on 66 minutes Loughrea scored again to leave the score 17 to 8 with six minutes remaining.

The next score was Carrick's with the ever youthful Patterson crossing the line and with McGhee adding the extras this left just two points between the sides, 17-15.

As the game entered the final minutes and with Carrick chasing the game Loughrea scored in the last minute to leave the final score 24 to 15.