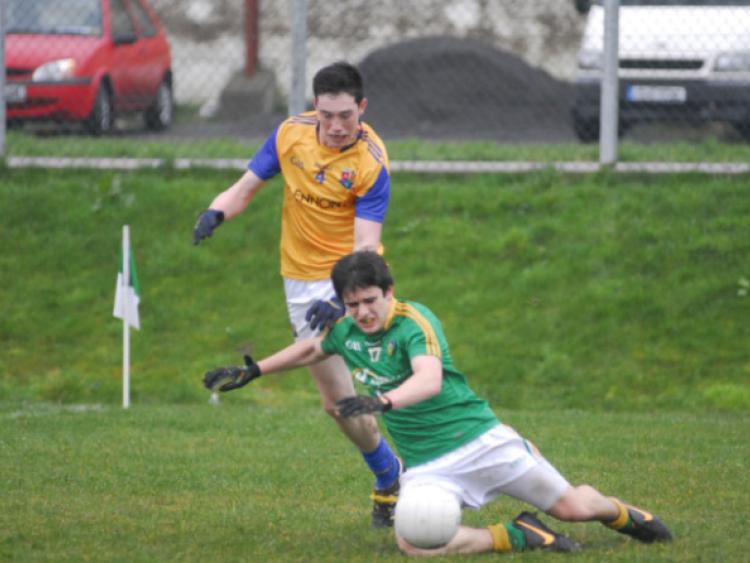 Despite being held to a draw, Leitrim maintained their unbeaten Connacht Minor League run after their clash with Longford on Saturday after an exciting tussle in Mohill.

Despite being held to a draw, Leitrim maintained their unbeaten Connacht Minor League run after their clash with Longford on Saturday after an exciting tussle in Mohill.

Leinster Minor League champions Longford opened the scoring in the first minute when Cathal McCabe fired over a point but within 60 seconds Pearse Dolan levelled with a similar Leitrim score.

Luke Murphy swapped points with Longford’s Ciaran Donohue and the tit for tat nature of the encounter continued with Longford’s Nigel Rabbitte and Leitrim’s Oisin Madden swapping points from play by the seventh minute.

Robbie Clarke edged Longford ahead with a point in the following minute but Leitrim came back to level again and then surge into a two point lead by the end of the first quarter. Conor Gaffney made it “even Stephen” situation once more from a Leitrim free.

Gary Fowley and Ryan O’Rourke edged the home side ahead on what was the first occasion in the game when some daylight began to appear between the teams.

However Longford regained the lead at the beginning of the second quarter after Shane Kenny hammered to the Leitrim net following a quick move that split the home side’s defence wide open and gave keeper Michael Gallagher no chance.

But the sides were on level terms by the 17th minute after Oisin Madden hit over a Leitrim point. The stalemate continued with Leitrim’s Mark Plunkett and Longford’s Daniel McGivney trading points at opposite ends.

Longford’s Shane Kenny received a 27th minute yellow card. Before the break Nigel Rabbitte hit over a point that put Longford into a 1-6 to 0-8 halftime lead.

Longford’s Ronan Duffy was issued with an early second half yellow card and Conor Gaffney levelled the game for a seventh time when he tapped over a 34th minute Leitrim free.

Leitrim again got their noses in front when Luke Murphy struck for a goal after being put through by Conor Dolan. Keith Keegan Leitrim and Daniel McGivney Longford saw yellow cards soon after Murphy’s goal.

Longford closed the gap to two in the 42nd minute when Ciaran Donohue put over their first second half score. The margin between the sides remained the same after Conor Gaffney whipped over a free two minutes later and Longford’s Shane Kenny did likewise with a 49th minute free.

Leitrim had a let off two minutes later when Michael Gallagher stopped a point blank goal bound Nigel Rabbitte shot from close range. Longford then upped their game in the final nine minutes of the action when they scored two unanswered points.

Shane Kenny brought Longford to within a point of Leitrim in this period when he put over a ‘45’ and shortly afterwards levelled the game when he shot a massive point from play from 40 metres.

Leitrim had a chance to snatch victory at the death had not Luke Murphy driven a free from just inside the 45metre line that rebounded off the Longford crossbar.