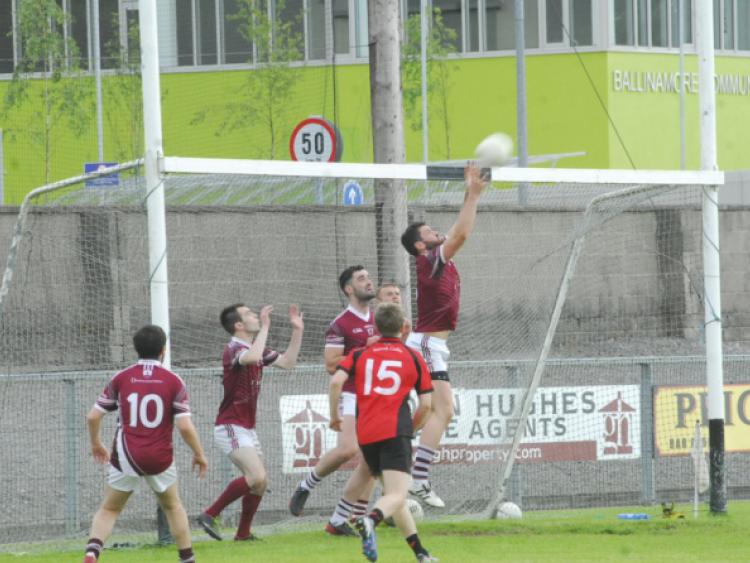 With just two teams already certain of their place in the quarter-finals, there is everything to play for in the Fox’s Monumentals Intermediate Championship.

With just two teams already certain of their place in the quarter-finals, there is everything to play for in the Fox’s Monumentals Intermediate Championship.

Only Aughnasheelin and Melvin Gaels are certain of a place in the top eight and even if Drumkeerin and Ballinamore Sean O’Heslin’s are almost there, they still need a positive result to be certain.

There will be massive interest in the battle to finish second in the groups as only the best placed third team avoids the eighth place playoff. At the moment, Glenfarne/Kiltyclogher hold that place but with some many positions in the different groups up for grabs, you really don’t know who will come through. Below we take a brief look at the games next Saturday.

Group 1: Ballinamore Sean O’Helsin’s v Drumkeerin; Ballinaglera v Fenagh St. Caillin’s: The most finely balanced group of all, Ballinaglera could force their way back in with a big win over their neighbours which would see them through on the head to head. A big Fenagh win could see them leap into second place and an automatic playoff spot so there is lots to play for.

There won’t be much between Fenagh and Ballinaglera but you get the feeling that Fenagh may just have the edge, they get the vote. The other game will be equally tough to call but an injury hit Drumkeerin have been getting results in spite of that and it may be enough to get them across the line.

Aughnasheelin may not have been happy with themselves against Cloone but they showed enough against Leitrim Gaels to suggest that they are finding their form, they should take the win with something to spare here.

Cloone struggled to beat St. Mary’s in the last game while the Gaels were far more convincing winners. They saw some gaps exposed by Aughnasheelin but they have the potential to recover from that defeat - Saturday will see just how much they have learned, they should seal the second spot but a narrow loss might be enough for Cloone.

Group 3: Eslin v Glencar/Manorhamilton; Glenfarne/Kiltyclogher v Melvin Gaels: Again, pretty straight-forward stuff in Group 3, Eslin should have far too much for a Glencar/Manor second string team who have made surprisingly little impact in this competittion this year. With Conor Beirne leading the way, they should cruise to the win here.

Glenfarne/Kiltyclogher need a good result against Melvin Gaels if they want to book the third placed playoff but they are coming up against a Melvin Gaels team who seem to be growing in confidence as the season goes on. It is a derby game with family loyalties often split in this game but you get the feeling that Melvin Gaels will be far too strong for their neigbhours in this one.