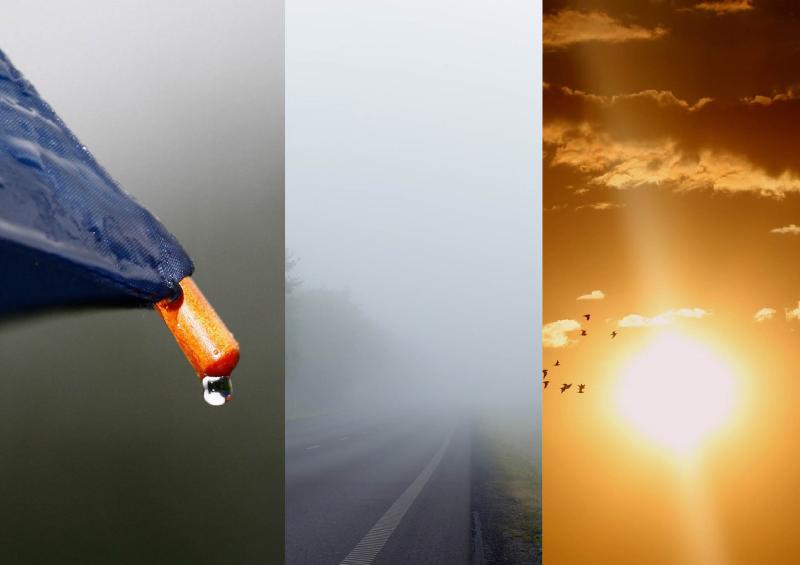 There is no storm in the Met Éireann weekend weather forecast for the first time in a month.

"Saturday will be a mild, windy and mostly cloudy day," the national forecaster has said.

"Eastern areas will see a good deal of dry weather through to early afternoon, with some limited bright spells, and just the odd patch of light rain or drizzle. Further west, patchy rain and drizzle will turn to persistent, and occasionally heavy, rain in the afternoon. The rain in western areas will spread to all areas in the late afternoon and evening. Highs of 10 to 12 degrees in moderate to fresh and gusty south to southwest winds, strong to near gale on coasts.

"Rain will be widespread for a time early on Saturday night, but a transition to clear spells and showers will soon extend from the west. It will continue breezy in moderate to fresh and gusty southwesterly winds. Lowest temperatures of 3 to 6 degrees."

"Some of the showers will be heavy with hail, and a risk of isolated thunderstorms. Top temperatures 7 to 10 degrees in moderate to fresh and gusty west to southwest winds, strong on Atlantic coasts.

"Showers will become increasingly confined to the west and north for a time on Sunday night as west to southwest winds moderate, but cloud will increase and rain will push in from the Atlantic overnight. The rain will turn heavy at times in Atlantic coastal counties. Winds will back southerly and strengthen too, with gales developing on west and southwest coasts by morning. Lows of 1 to 4 degrees, coldest in Ulster."

Looking towards next week, it looks like we will see a return to wet and blustery conditions.

"Rain will become widespread in the morning on Monday, falling as sleet and hill snow for a time in parts of Ulster," Met Éireann predicts.