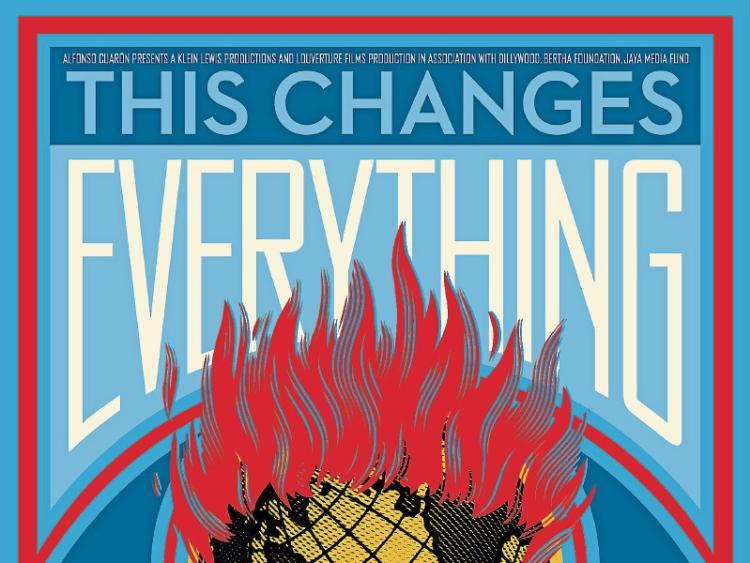 Ever wonder what you can do to help make a better world? Prepare to be inspired…

Filmed over 211 shoot days in nine countries and five continents over four years, ' This Changes Everything' is an epic attempt to re-imagine the vast challenge of climate change.

Directed by Avi Lewis, and inspired by Naomi Klein’s international non-fiction bestseller, the film presents seven powerful portraits of communities on the front lines, from Montana’s Powder River Basin to the Alberta Tar Sands, from the coast of South India to Beijing and beyond.

Interwoven with these stories of struggle is Klein’s narration, connecting the carbon in the air with the economic system that put it there.

Throughout the film, Klein builds to her most controversial and exciting idea: that we can seize the existential crisis of climate change to transform our failed economic system into something radically better.

Over the course of 90 minutes, viewers will meet Crystal, a young indigenous leader in Tar Sands country, as she fights for access to a restricted military base in search of answers about an environmental disaster in progress.

Mike and Alexis, a Montana goat ranching couple who see their dreams coated in oil from a broken pipeline.

Melachrini, a housewife in Northern Greece where economic crisis is being used to justify mining and drilling projects that threaten the mountains, seas, and tourism economy.

This Changes Everything screens at The Glens Centre, followed by audience discussion, led by Mary Mulvey, Ecotourism Ireland this Friday January 29 at 8:30pm.