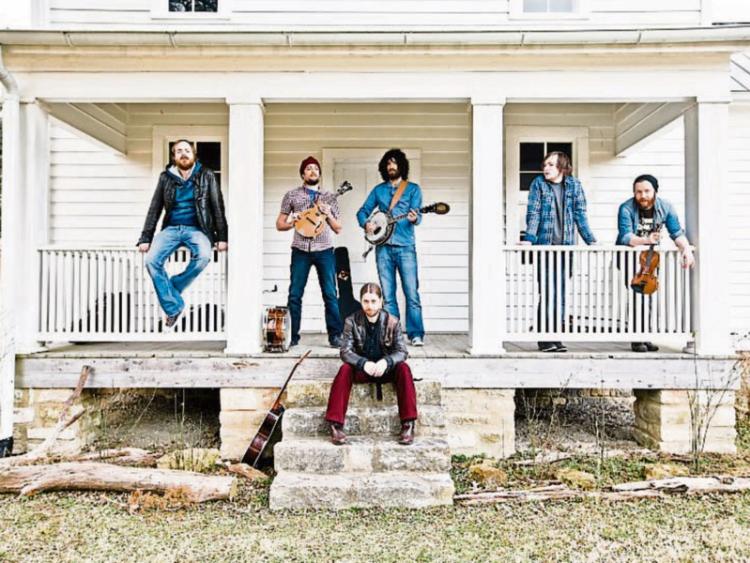 The Sligo based band is one of the most popular bands on the current music scene and they are definitely on the way up!

Straight from working with Tom Jones and Imelda May in London last Oct and the RTE Ray D’arcy Show and TG4 in January, the group will be appearing in Rossinver. It promises to be a great night for all ages whether you want to rock or just sit and listen to the very best and liveliest Cajun/Country/Irish music and some terrific singing and harmonies!

The rise of Rackhouse Pilfer has been unstoppable. Formed by a fireside session McGarrigles in Sligo, the 6-piece band have developed their own energetic live sound and have received rave reviews for their original songs and music.

An Irish Times review says ‘the 6-piece Pilfers aren’t short of energy, they can play up a storm’!

In 2014 they were awarded "Live Band of the Year and Best Trad/Folk Band", Hotpress Magazine (Readers’ Choice Award) beating out some of Ireland's heavy-weights. They have headlined some of Ireland's, UK's and Europe's biggest music festivals including La Roche France, Omagh Bluegrass, Body & Soul, Sea Sessions, Great British Folk Festival & many more... “ voted Festival Favourites, and acclaimed by the audience for their not to be missed performance” – La Roche Bluegrass Festival France .

Taking about their amazing success so far the lads say, “What a mad year 2015 was, the highlight for us being recording with Tom Jones and Imelda May in the awesome Church Studios in London.”

So treat yourself to a night at Rossinver’s new Community Centre with full bar this Saturday, February 6 from 10pm sharp.