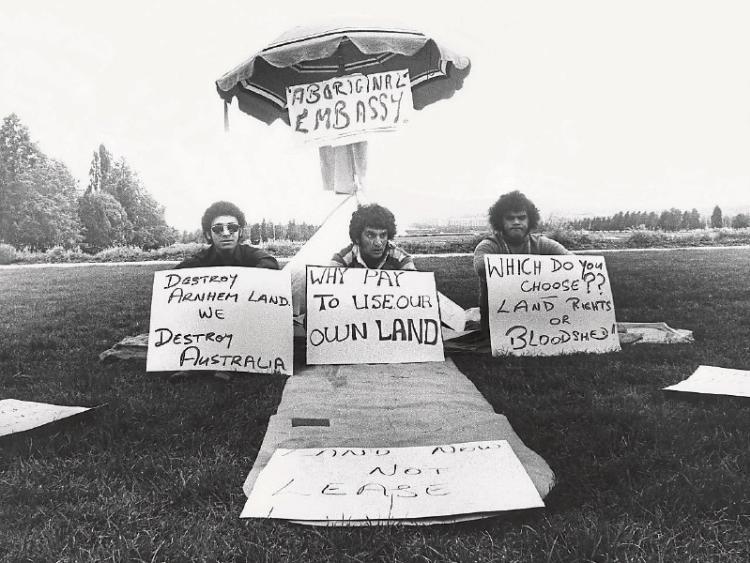 Director Paula Kehoe is coming to the Glens Centre, Manorhamilton, for a Q&A following the screening of her film An Dubh ina Gheall:Assimilation on Friday April 1 at 8:30pm.

An Dubh ina Gheal/Assimilation is a film exploring race, language and culture. This film explores the complex relationship between Indigenous Australians and the Irish in Australia. At the heart of this exploration is the story of the Stolen Generations, mixed race children who were taken away from their families under assimilation policies, and an Aboriginal resistance lead by ‘Shamrock Aborigines’, who saw theirs as a shared struggle against a common oppressor.

Paula Kehoe is an Irish Australian filmmaker who has spent over fifteen years living and working in Ireland.

When she first made the journey from Australia to Ireland in 1994 she fell in love with the Irish language.

She began her media career with Nuacht TG4 directing news broadcasts, and has since worked between Ireland and Australia in feature film production, producing and presenting radio, producing experimental music, making television programmes and feature documentaries.

Paula has written, produced and directed television programmes and series for RTÉ and TG4, BBC Scotland and Current TV in the US. She works as a freelance director in Ireland and makes feature documentaries

Paula will answer questions in Irish and English. This event is part-sponsored by Foras na Gaeilge and is presented by Club Scannáin Chluainín on April 1 at 8:30pm in The Glens Centre, Manorhamilton.