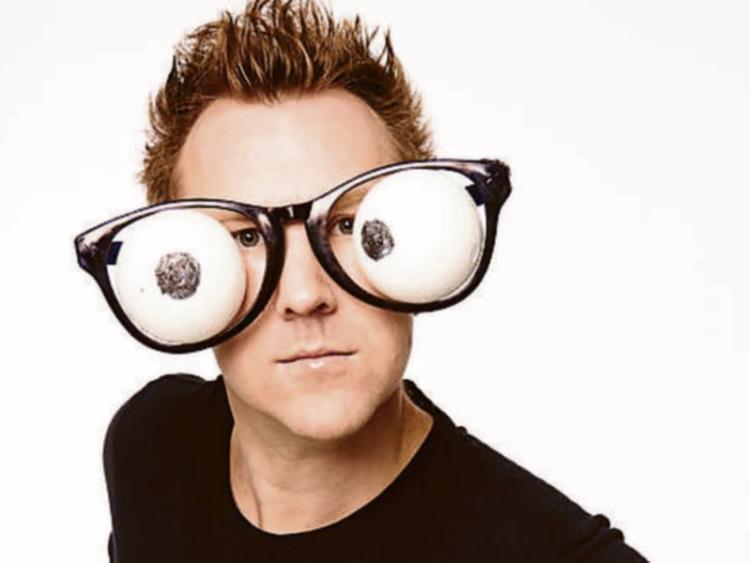 Jason Byrne, 'The Outright King of Live Comedy' is bringing his new show to Landmark Central, Carrick-on-Shannon on Friday, July 22.

‘20 Years A Clown' celebrates 20 years of stand up with a brand new hilarious show.

Jason Byrne was the biggest selling comedian at the Edinburgh Fringe Festival 2015.

Byrne’s inspired, original brand of high-energy intelligent lunacy ensures that there is no other comedian like him.

The Jason Byrne Shows have been getting better every year and his first one was brilliant.

So don't miss the show that is 20 times better than brilliant.

The topics he covers are nothing out of the ordinary, but his strength of character and delivery really creates a fantastic hour of comedy.

Of particular note in his '20 years a Clown' show is the way in which he interacts hugely with the audience throughout the entire show, seemingly abandoning his prepared material to go off on wildly hilarious tangents with whatever the unsuspecting members of the audience hand him.

This is one of Jason's last Irish shows before he starts his Autumn UK tour.

Strictly Over 16s Only.

Tickets are still available and are €22.