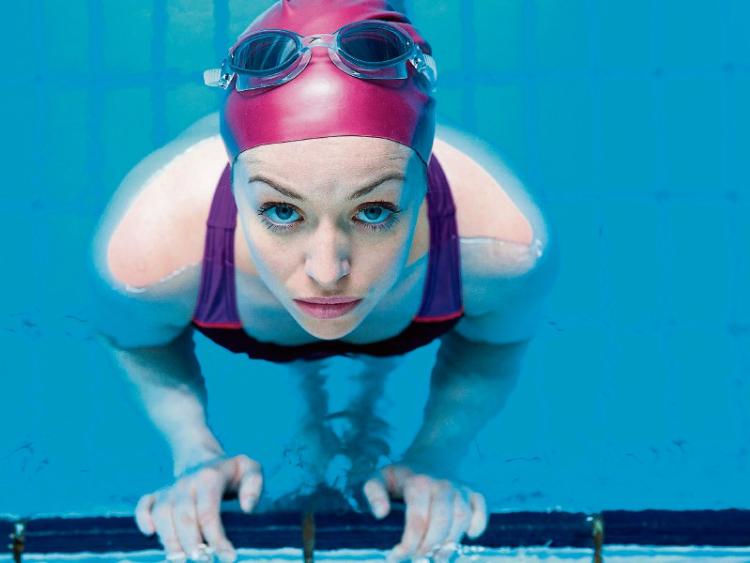 In a pool in New Zealand, recent emigrant Maeve is learning to swim. A ‘swimaholic’ coach Doreen spurs her on.

But even as she battles the water, Maeve’s heart is calling her home – to an unresolved dilemma with her much-loved father Johnny. Journey with Maeve as she tries to swim free from the ties that bind her.

Combing a spellbinding script with inventive use of space, sculpted sound and lighting that follow the action with split-second timing; this three actor play has just won the coveted Lustrum Award at the 2016 Edinburgh Fringe Festival.

It was also nominated for the Fishamble Best New Play Award 2015 and the BBC International Playwriting Award.

Speaking on behalf of the Lustrum Award judging panel Robert McDowell said, “Orla Murphy and company have produced a stunning, sophisticated, captivating piece of theatre. The writing, direction, staging and performances in this play have been so enthralling that audiences have been glued to its every nuance.

“The play speaks to issues of emigration, father-daughter relationships, earthquakes, the Irish economic crisis but above all else how to find your feet in troubled times, to take a breath and keep breathing despite all that pushes against us.

A thought-provoking, deeply moving and incredibly worthy winner of the Lustrum Award.”

Remember to Breathe is powerful and passionate with mesmerising performances from Abbey theatre regular Liz Fitzgibbon as Maeve, the multi-award winning Raymond Keane as Johnny and Julie Sharkey as coach Doreen, This play will steal your breath away!