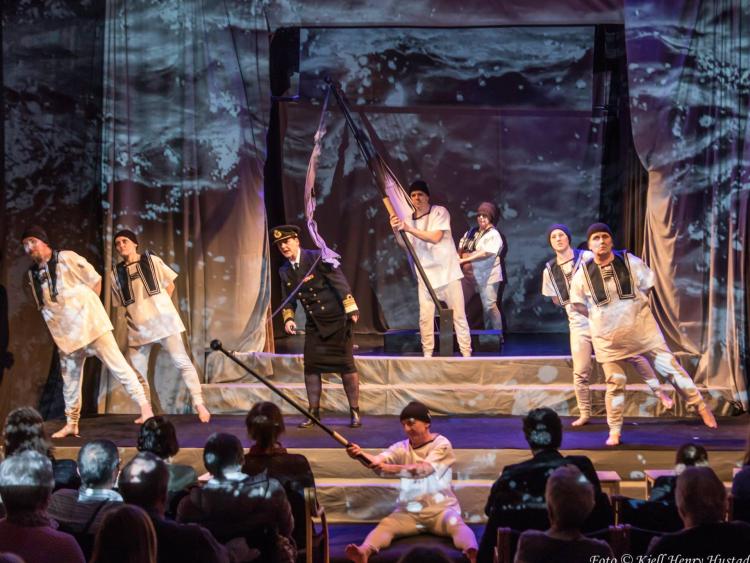 Next Saturday, October 1 a group of Vikings will return to the River Erne town of Ballyshannon over 1200 years after the Vikings started plundering our coast.This time the visit is a friendly one led by Kinlough native Phelim Rooney.

Phelim has been living in Oslo for over 30 years and is actively involved in Theatre Group Askeraden. In 2014 the Askeraden Drama group twinned with Ballyshannon Drama Society and Phelim was a guest at the One Act Drama All Ireland Finals in Ballyshannon.

Now it's Ballyshannon's turn to host the Askeraden group with their version of Ibsen's Peer Gynt being staged in the Abbey Centre on Saturday 1st at 8pm. The production is in association with the Donegal Bay and Bluestacks Festival.

The group arrive this Thursday, September 29 and will be staying in Dorrians Hotel until October 2.They will be guests of Ballyshannon Drama Society at a Dinner in the Sand House Hotel in Rosnowlagh on Thursday night.

The Askeraden group were founded in 1981 and over the years have staged many successful musicals, fairy tales,comedy and drama.

The group will be visit the many attractions of Ballyshannon and the surrounding areas over the weekend.