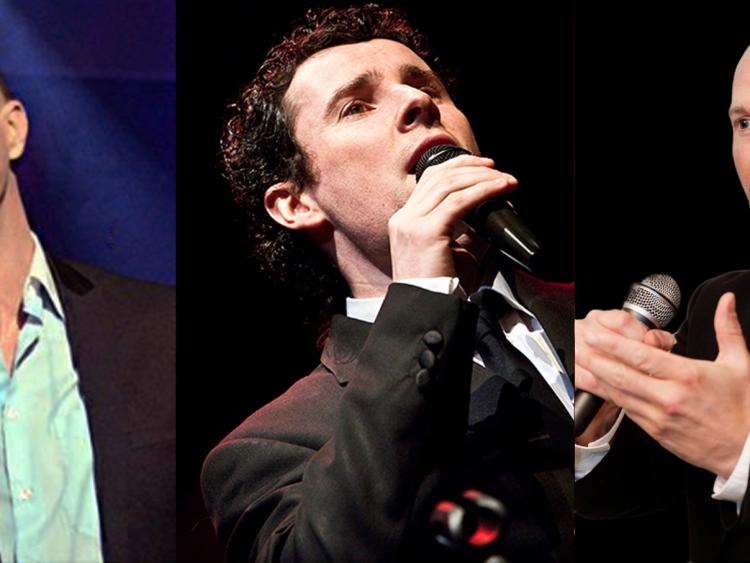 They’ve got the magic!  Performing up to 100 concerts annually in premier venues throughout Ireland and UK,  this year the trio sold-out the 5 star Belfast Lyric Theatre two months in advance. They also performed in Armagh,  Christ-Church Dublin, & Galway Cathedrals. Standing Ovations at every Concert! The trio has regularly appeared on both BBC and RTE Radio One and recently gave a long interview on TV3 March 2016.

Ireland’s Most Popular Trio- RTE award-winners Derek Moloney, Dominic McGorian, Shane Morgan, promise you a night to remember! This thrilling concert is packed with the most beautiful spiritual favourites--Panis Angelicus, Ave Maria, The Prayer, I Believe, I'll Walk with God, & the world’s most popular, uplifting, magical songs from Sinatra (My Way), and Pavarotti (Nessun Dorma). Christmas Favourites include 'O Holy Night' 'Silent Night' 'When a Child is Born'. Their noted friendliness & connection with their audience makes this a unique Tenors concert.

This year the trio was selected by Irish Government to headline 1916 Centenary State Reception in Dublin Castle, Easter Sunday March 2016 for 3000 special invited guests from around the world.

Come see and enjoy this special concert for yourself, visit www.threetenorsireland.com