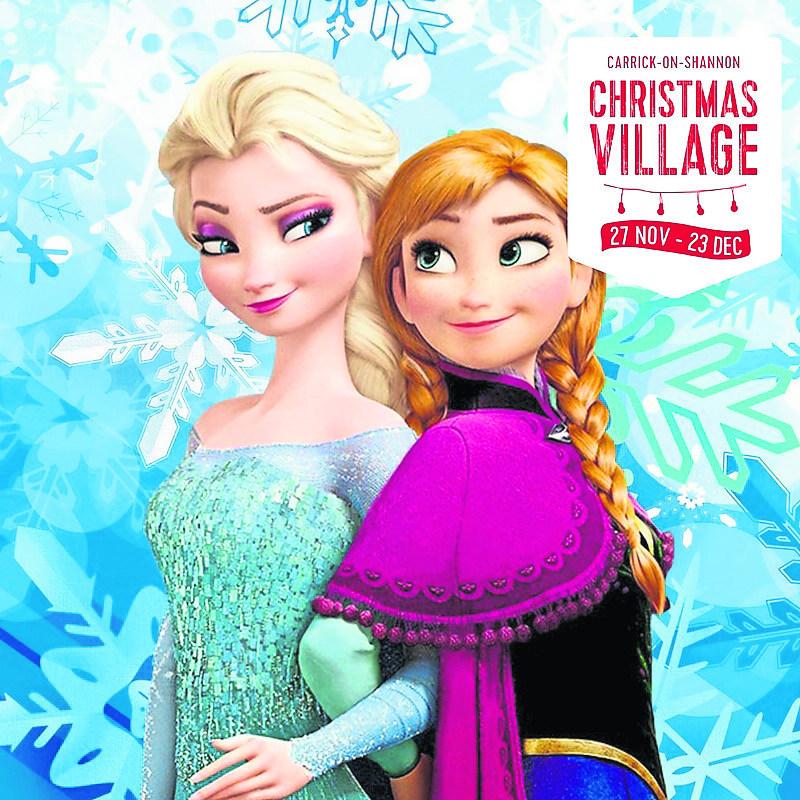 Found behind the Rowing Club in Carrick-on-Shannon, the Christmas Village has won hearts and has officially proclaimed the Festive Season 2016 as open!
Last weekend hundreds of excited children and their parents braved the elements and headed to the Quay in Carrick to welcome the man in red as he arrived to Carrick-on-Shannon on Moon River.

There was so much excitement as Santa disembarked and made his way through to the crowds ringing his bell and greeting all the children. He was then whisked away by horse and carriage to the Christmas Village where another crowd of excited children eagerly awaited his arrival.

Without much ado, Santa turned on what can only be described as a magical display of Christmas lights. The atmosphere was one of a winter wonderland. There were excited children, happy parents, magical lights, delicious hot chocolates, yummy hot dogs, carnival rides for the little ones and to top it all, Santa opened the doors to his beautiful new home and met with the children.

For those of you who couldn’t make it along on the night, don’t be too disappointed, there is so much more fun yet to come!
On Saturday 10th and Sunday 11th there is a Frozen themed weekend at the Christmas Village. Santa will be back in his cosy home welcoming more children and you will also have the chance to meet Elsa, Anna and Olaf! This is the first weekend when the market stalls will open with a great selection of Christmas gifts and more!

Murray Amusements will also be there for the weekend and there will be face-painting to add to the festivities!
Come along in fancy dress – Frozen, Paw Patrol, Bob the Builder…. Anything goes! There will be a prize for best costume on both days. And there is also another chance to win when you guess how many lights there are in the Christmas Village!!
To get the day started and to get you in the mood for the Frozen weekend – Carrick Cinema have organised a very special showing of the Frozen – the sing-along version at 12pm on Saturday 10th. All tickets are €4 and are on sale now at www.carrickcineplex.com
For more information on the Christmas Village see: www.facebook.com/christmasincarrick and www.twitter.com/Xmasincarrick