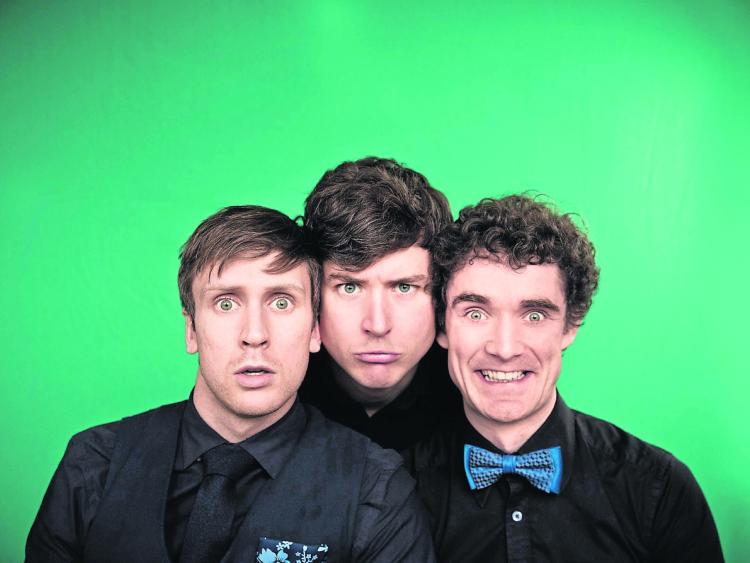 Are you looking for a cure for those January blues and need a good laugh!
Some of the biggest names in comedy will grace the stage of Roscommon Arts Centre in 2017, with Conal Gallen, Foil Arms and Hogg and Neil Delamere all set to perform.

Sell-out star Conal Gallen is back on February 25th with his show Only Joking.
Conal is one of Ireland’s most loved comics and this show is packed full of new songs and jokes as well as some fan favourites.

The arts centre has the perfect pre St Patrick’s Day treat as Ireland’s top comedy sketch group Foil Arms and Hog take to the stage on Thursday 16th March.Called ‘Pure Brilliant’ byTommy Tiernan, the group have over four million hits on YouTube and have sold out five shows at Dublin's Vicar Street. With regular sketches on RTE, viral comedy hits like 'How to Speak Dublin' and over 70,000 online followers, Foil Arms and Hog have established themselves amongst the new breed of Irish comedy stars, and Roscommon Arts Centre are thrilled to welcome them to their stage.

A huge favourite of Roscommon audiences, Neil Delamere is at the arts centre on Friday 21st April with his latest show Handstand.
Following sold out shows last year; the master of mirth is back with his own unique brand of his irreverent humour.
With his TV show The Blame Game, a science comedy series for RTE2 and his radio show on Today FM under his belt, Neil is now returning to where it all started, talking to strangers in rooms for money.

Tickets are available now for all Roscommon Arts Centre events on (090) 66 25824 or visit www.roscommonartscentre.ie