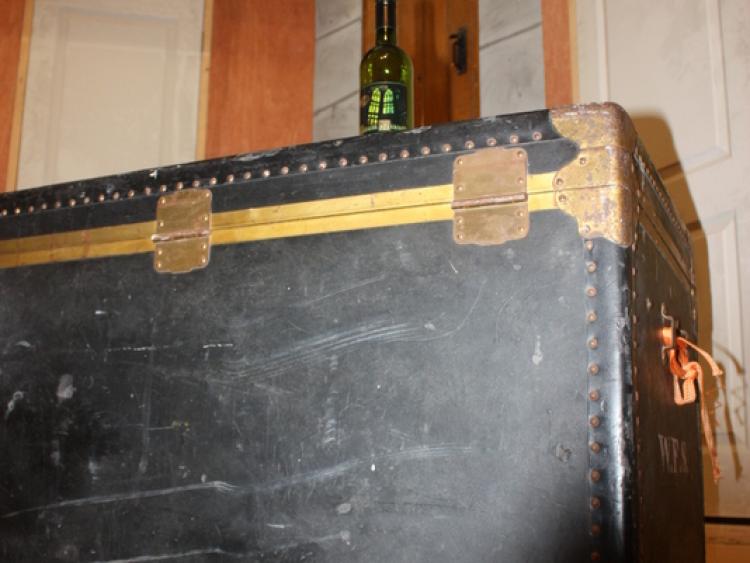 Aughawillan are on a high rehearsing this year's intoxating offering “Drinking Habits” a comedy by award winning playwright Tom Smith and brilliantly directed by Brian Dolan.

This devilish play takes place at the convent of the Sisters of Perpetual Sewing. Two of the sisters are secretly making and selling wine in a desperate attempt at keeping the small convent solvent. They must do it all under the nose of their tea-totaling Mother Superior.

Accusations and mistaken identities run wild throughout the play. Secrets are not the only thing spilled as everyone tries frantically to preserve the convent.

The set is exquisitely designed. This play is a rollicking, fun-filled travesty of organized chaos which is created by our talented cast Sister Philamena (Stephanie Prior), Sister Augusta (Anna May Kelly), George (Patrick Flanagan), Paul (John McTeggart), Sally (Karen McGovern Prior) Sister Mary Catherine (Gillian Warren) and Father Chenille (Jerome Quinn).
“Drinking Habits” is sinfully funny and a real treat for the soul a must see for everyone.

The performances will be held in the Aughwillan Hall on February 9, 10, 11 and 12 at 8.30pm sharp.
Admission is €10. Arrive early to avoid disappointment.